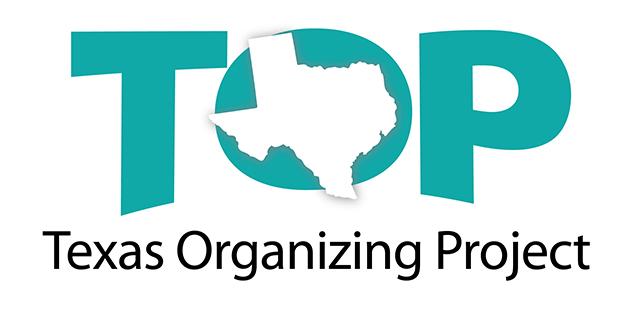 This page was reviewed but not written by the grant investigator. Texas Organizing Project staff also reviewed this page prior to publication.

The Open Philanthropy Project recommended a grant of $1,195,500 over two years to the Texas Organizing Project (TOP) to support its work on criminal justice reform.1

This grant is primarily intended to grow TOP’s organizational capacity so that it can continue building pressure for criminal justice reforms in Texas. We see the main value of this grant in building significant capacity for policy reform advocacy in counties that represent a major locus of mass incarceration in the US.

This grant was made by a 501(c)(4) social welfare organization, to which we occasionally make funding recommendations.

This grant falls within our focus area of criminal justice reform.

Background on the organization

TOP, headquartered in Houston, describes its primary activity as “organizing Black and Latino communities in Dallas, Harris, and Bexar counties with the goal of transforming Texas into a state where working people of color have the power and representation they deserve.”2 We view TOP as particularly effective at combining community organizing with electoral politics at the city level.

TOP has strong relationships with other organizations in the space that we checked in with. Our impression is that TOP is viewed by others in the field as a leading voice on its issues and an effective coalition leader, with a consistent track record of putting together successful electoral campaigns. TOP also has a large and diverse base of thousands of community members, which we think has a good chance of effectively advocating for significant changes to criminal justice practices.

This grant will grow TOP’s organizational capacity to continue building pressure for criminal justice reforms in Texas. Several Texas counties are among the country’s largest prison admissions drivers. This grant will pay for TOP to hire two new organizers and a researcher to support both of them. TOP has also told us it needs to hire more communications staff to help defend its wins from backlash.

In all, TOP has 43 staff members, 11 of whom will be substantially or wholly supported by this grant.

TOP plans to continue to organize and mobilize its base to put pressure on government officials to move criminal justice policy reforms, which might include:

TOP also aims to continue to build out its base of supporters and of organizations signed onto its policy platform, as well as grow its event turnout, media coverage, and rapid response capacity.

This grant will increase TOP’s budget by more than a third. We are not aware of any other major national criminal justice reform funders considering grants to TOP, particularly on this scale.