The Humane Society of the United States — Corporate Cage-Free Campaigns 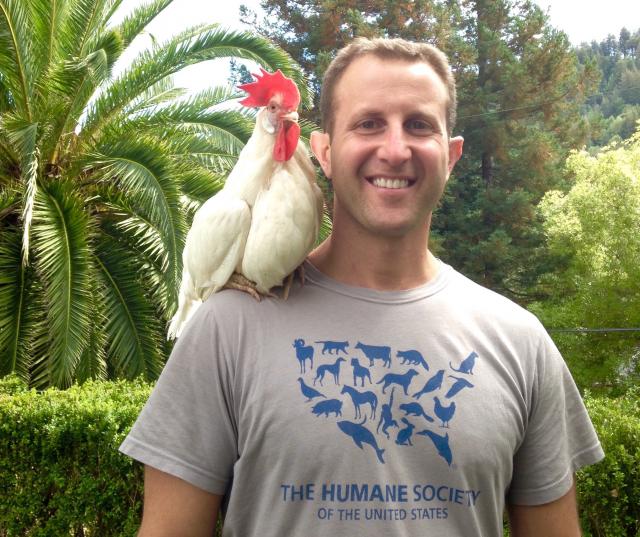 The Humane Society of the United States staff reviewed this page prior to publication.

The Open Philanthropy Project recommended a grant of $500,000 to The Humane Society of the United States to support its campaigns for corporate cage-free egg reforms.

The Humane Society of the United States is an animal advocacy organization that engages in a variety of activities, including campaigning for food-industry corporations to end the use of cages to confine egg-laying hens. We believe that corporate cage-free campaigns are a particularly effective method for reducing animal suffering, and that The Humane Society of the United States has played an important role in the success of many of these campaigns in the past. We think it is likely that the effectiveness of these campaigns will scale reasonably well.

This grant falls within our work on farm animal welfare, one of our focus areas within U.S. Policy.

On our page about a similar grant made to The Humane League (THL), we wrote in greater depth about the benefits of cage-free systems and the track record and cost-effectiveness of cage-free campaigns. We elaborated briefly on the potential cost-effectiveness of corporate cage-free campaigns on our page about a similar grant to Mercy for Animals (MFA). In short, roughly 260 million hens are currently confined in battery cages in the U.S.1 Peter Singer has called these hens “the most closely confined, overcrowded and generally miserable animals in America.”2 We believe that corporate campaigns to abolish battery cages are the most cost-effective approach to improving the welfare of these hens.

(The claims in this section are based on the interactions of Lewis, our Program Officer for Farm Animal Welfare, with HSUS and with the animal advocacy world more generally; we believe they are uncontroversial.)

Our understanding is that the Humane Society of the United States (HSUS) Farm Animal Protection Campaign has been the primary group behind the recent spate of corporate reforms on battery cages. Many companies have announced their cage-free pledges jointly with HSUS.

The HSUS Farm Animal Protection Campaign was primarily responsible for the first successful campaign to get a major grocer, Costco, to go cage-free. For this campaign, HSUS leveraged its significant organizational resources:

We do not think the grant needs to be larger than $500,000, in part because the HSUS Farm Animal Protection Campaign already has campaign funds left over from a previous grant. We wanted to make a grant of at least $500,000 to give the Farm Animal Protection Campaign the flexibility to quickly begin its next campaign in the grocery sector with sufficient campaign funds already in hand.

On our page about a similar grant made to MFA, we describe risks regarding the benefits of cage-free systems, our ability to know the grant’s effectiveness, and scenarios in which the grant could turn out to be ineffective. We think these risks broadly apply to our grant to HSUS as well.

Is our grant just subsidizing HSUS’ other work?

In general, we want our grants to lead to more progress toward our goals than would have been achieved otherwise; we do not want to fund programs that would have funded even without our support. This means that when we support a particular activity within a larger organization, we want to consider the possibility that our restricted funds may simply displace organizational resources that would have been spent on the program without our grant.

This risk appears to us to be greater for our grant to the HSUS Farm Animal Protection Campaign than for similar grants we made to MFA and THL, because HSUS is significantly larger than those other organizations. However, we believe this risk can be mitigated. It is our understanding that the only corporate cage-free expenses that HSUS would be likely to fund without our grant are the salaries and travel costs of the three staff members working on this issue. This grant has been specifically designated to only cover campaign expenses that HSUS would not have funded centrally, such as advertising, video production, websites, and campaign materials.

We expect to have a conversation with HSUS staff every 3-6 months for the next year, with public notes if the conversation warrants it. Towards the end of the grant, we plan to attempt a more holistic and detailed evaluation of the grant’s performance.