In October 2016, we launched a request for proposals (RFP) in which applicants to the 2016 NIH Director’s Transformative Research Awards1 (“TRA”) program whose proposals had not received funding could re-submit their applications to us for consideration. We viewed this RFP as a way to both identify particular high-risk, high-reward projects within our funding category of scientific research and to test our hypothesis that high-risk, high-reward research is underfunded in general.

We’d like to express our gratitude to Ravi Basavappa at the NIH, who provided information about the TRA program. We’d also like to thank all the applicants, who trusted us with their proposals and reviews, and our external reviewers, who provided valuable insights. Ultimately, we received 120 funding applications that had been declined by the 2016 TRA program. Our review and selection process narrowed this field to four projects that we decided to fund, for a combined total of $10,800,544. The projects we decided to fund were as follows:

In addition to identifying potentially impactful funding opportunities, the RFP and our discussions with the NIH led to several lessons we believe will be useful for future investigations (detailed below).

These grants fall within our interest in funding scientific research. It has been argued, plausibly in our opinion, that high-risk, high-return opportunities are relatively under-funded by both philanthropists and U.S. government entities.2

In response to a perceived deficit of high-risk, high-reward funding opportunities, the NIH launched the TRA program in 2009, with an explicit goal to support “exceptionally innovative, high-risk, and/or unconventional research projects that have the potential to create or overturn fundamental paradigms or otherwise have unusually broad impact” in the areas of biomedical or behavioral research.3

According to our conversations with the NIH, the TRA program in recent years has received approximately 150-300 proposals per year, and funded between 8 to 12 of these proposals, though more proposals were considered meritorious by peer-review. Grant amounts for selected projects can vary widely, ranging roughly from $250,000 to $3.5 million per project, and there is no cap to the funding for any one grant.

Based on the above, we asked the NIH to inform those 2016 TRA applicants whose applications were not funded of the opportunity to re-submit their applications to us through an Open Philanthropy Project RFP.

We decided to pursue this project because:

Once we decided that an RFP could be worth pursuing, we developed a vision document, then contacted TRA organizers at the NIH, who agreed to inform declined 2016 TRA program applicants of the opportunity to re-submit their proposals to our RFP. We then moved forward with finalizing project details such as the timeline, review criteria, and the outreach and submission process. Once the details were finalized, the NIH sent an email to declined 2016 TRA applicants informing them of the opportunity to re-apply to our RFP.

Our RFP opened on October 26th 2016, and applicants were instructed to re-submit their original TRA proposals along with NIH reviewer notes (when applicable), through a website we built especially for the RFP project. The website included a brief RFP description, frequently-asked-question section, and contact form. The deadline for submission was midnight on November 15th.

By the submission deadline, we had received 120 applications through the RFP, representing over half of the original 2016 TRA program applications. Our review process consisted of three stages, and our core review team included Chris Somerville, Heather Youngs, Stephan Guyenet, and Daniel Martin-Alarcon, with additional input from Nick Beckstead and Claire Zabel.

The overall RFP process took us about 360 calendar days from the initial launch to approval for all selected grants. Roughly 20% of that time consisted of coordinating the proposal call and conducting our internal review to determine the top 12 candidates, 40% of the time was used to collect external reviews and narrow the final field to 4 proposals, and 40% of the time was used to contact the prospective grantees and conduct our standard grant investigation process.

The projects we decided to fund were as follows (more detail can be found on their individual grant pages):

Some of the lessons we learned through this process were relatively unsurprising to us. For example, we learned that:

Other lessons learned were more surprising and interesting to us. 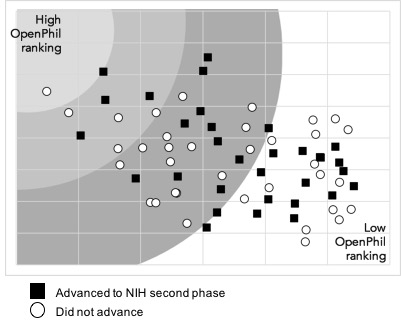 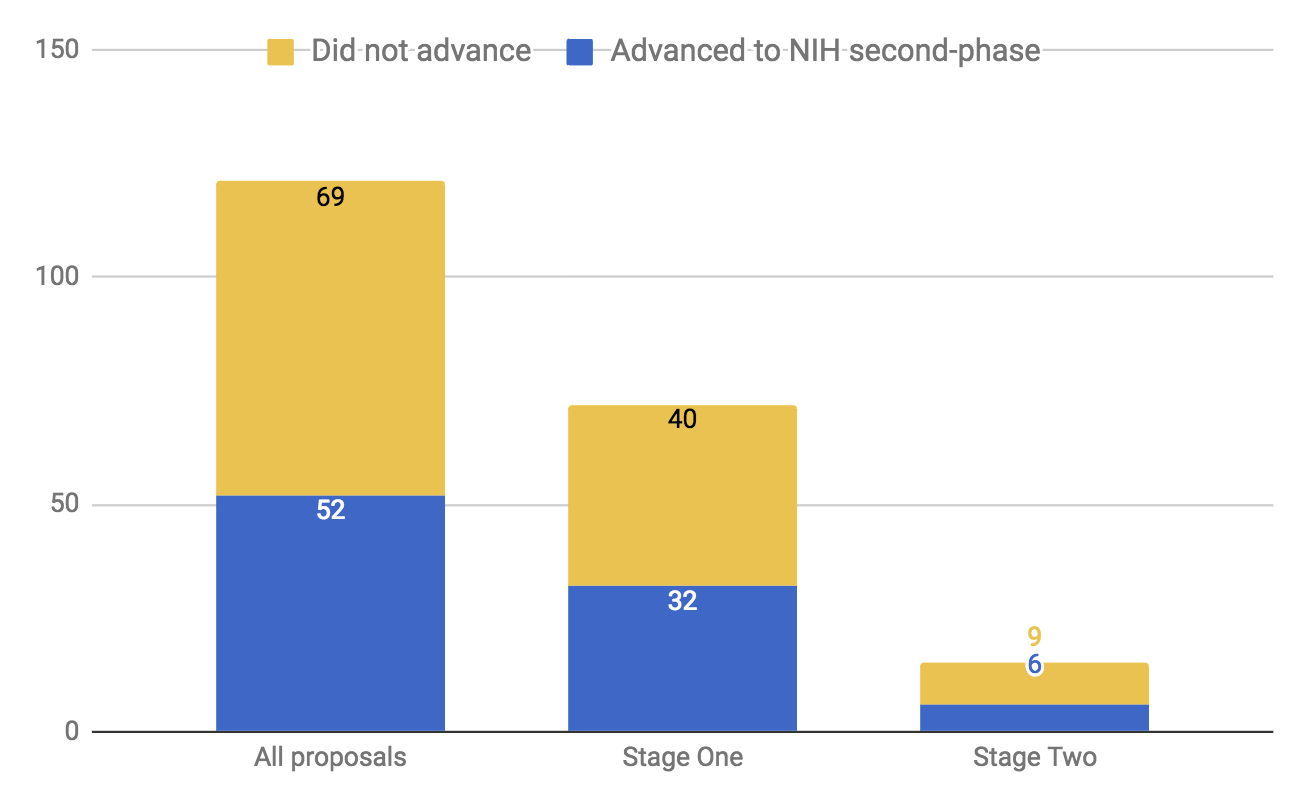 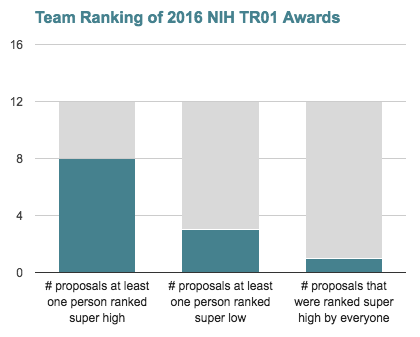 Second, according to our scientific advisors, many of the proposals were similar to proposals in more typical RFPs in terms of their novelty and potential impact. This surprised us given the premise and focus of the TRA program. We speculate that this may be due to the constraints within which applicants feel they must work to get through panel reviews. One notable exception to this rule was a proposal led by Stephen Albert Johnston of Arizona State University to conduct an animal trial of a preventive, broad-spectrum cancer vaccine, which we decided to fund. While there were other proposals that were very interesting to us scientifically, they did not meet our other criteria.

Ultimately, we found the overall RFP process to be fairly smooth and believe it was a useful undertaking both for the lessons learned and funding opportunities identified. We are still determining if we will pursue a similar process in future years for scientific research, but expect that elements of this process could also be applied to some of our other focus areas.