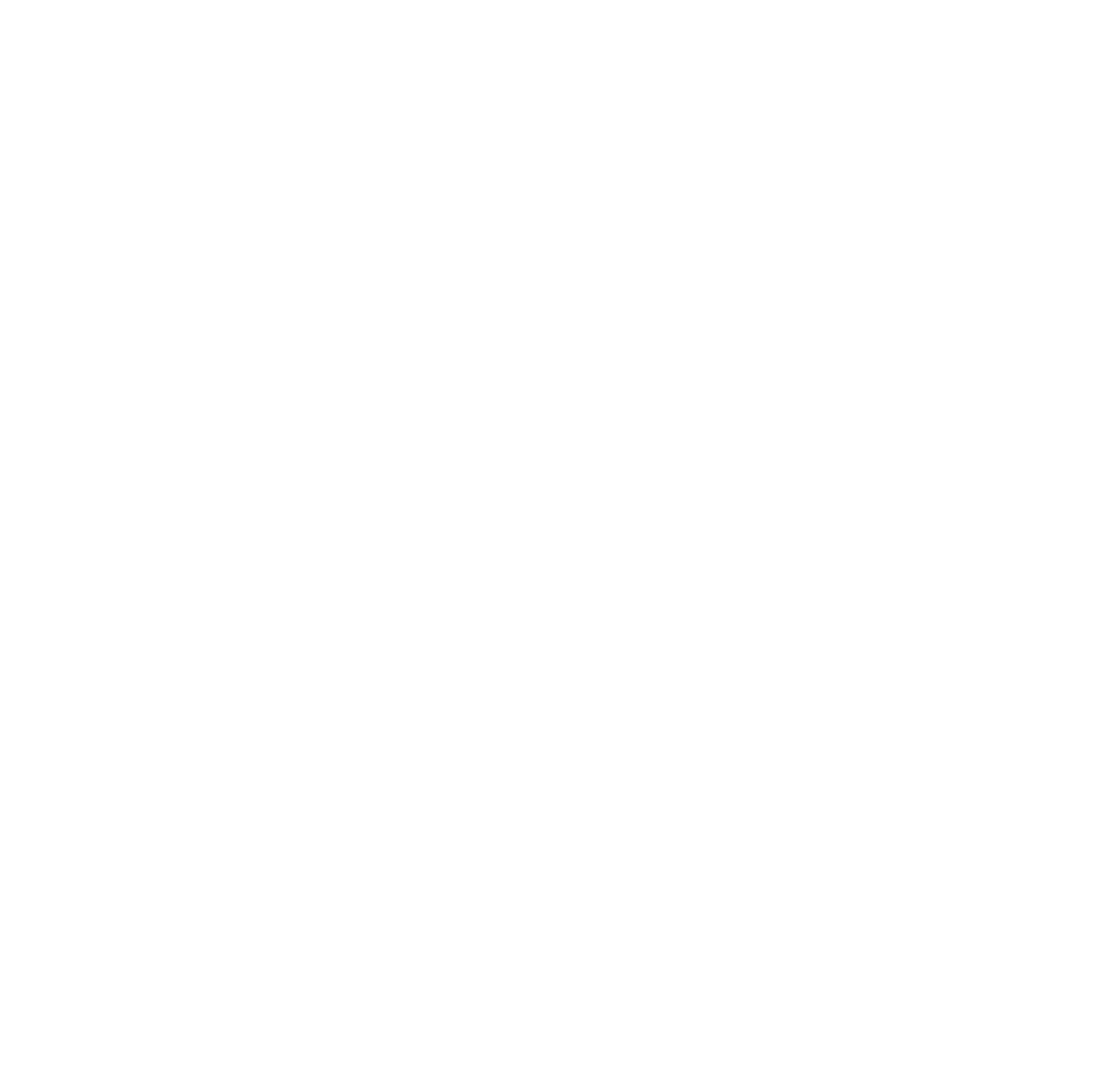 Humane League staff reviewed this page prior to publication.

The Humane League is an animal advocacy organization that engages in a variety of activities, including campaigning for corporations to end the use of cages to confine egg-laying hens. We believe that corporate cage-free campaigns are a particularly effective method for reducing animal suffering, and that The Humane League has played an important role in the success of many of these campaigns in the past. We think it is likely that the effectiveness of The Humane League’s corporate campaign model will scale as it expands.

Based on these considerations, the Open Philanthropy Project recommended a grant of $1 million over two years to The Humane League (THL) to support its campaigns for corporate cage-free egg reform.

Farm animal welfare is one of the Open Philanthropy Project’s focus areas within U.S. Policy.

This grant aims to significantly reduce the suffering of caged hens. Roughly 260 million hens are currently confined in battery cages in the US.1 Peter Singer has called these hens “the most closely confined, overcrowded and generally miserable animals in America.”2

We believe that cage-free systems provide a significant improvement over battery cages in terms of hen welfare, though we are aware of some animal welfare advocates who disagree with this assessment.

Battery cages cause suffering by depriving hens of three of their most basic needs: nests, perches, and enough space to move around.3 The best systematic evaluation of egg-production systems that we know of places battery cages at 0 on a 0-to-10 scale of relative hen welfare while all cage-free systems were rated at least a 5.8, mainly because they do provide hens with these three basic needs.4 For example, the American Humane Association standards, which cover two thirds of all U.S. cage-free egg production, require that hens have access to nests, perches, and at least 1-1.25 square feet of space per hen.5 (A standard battery cage provides 67 square inches, though some have as little as 45 square inches.)6

We estimate that corporate campaigns to date have resulted in cage-free pledges from around 100 companies to spare about 60 million hens annually from battery cage confinement.7 (The pledges typically take a few years to go into effect, so pledges currently outstrip the actual number of cage-free hens.) We have strong reason to believe that animal advocates have caused the cage free pledges to be made, and that the pledges would not have been made without a dedicated advocacy effort. The following points are based on Lewis’ knowledge of previous efforts:

If we assume (fairly arbitrarily) that these campaigns brought about cage-free reforms about five years earlier than they would have occurred otherwise, then these campaigns are likely to spare about 300 million total hens one year of cage confinement. We estimate that about $2.5 million has been spent in total on corporate cage-free campaigns, suggesting that these campaigns have likely spared about 120 hens one year of battery cage confinement per dollar spent. If we were to include the funding spent to pass Proposition 2 in California in 2008, which banned battery cages in the state and may have been necessary to enable the later corporate campaigns, the estimate would drop to something more like 20 hens spared a year in battery cages per dollar spent.

As a point of comparison, Animal Charity Evaluators (ACE) estimates that its top charities (including the Humane League) spare 13-14 animals an average of about a third of a year of factory farming per dollar spent across their full range of interventions.8 We do not have much confidence in the accuracy of these estimates, but if they were accurate, and if sparing a hen a year of battery cage confinement were equivalent to sparing an animal a third of a year of life on a factory farm altogether, corporate cage free campaigns would be many times more cost-effective.

The Humane League (THL) has grown rapidly in recent years, expanding from only a few staff to 27 staff today. ACE recently produced an in-depth write-up of the group.

We believe that THL has a particularly positive corporate campaign track record. THL has been involved in at least 67 corporate cage-free victories to date, including five of the seven largest victories (in terms of number of hens affected): Costco, Grupo Bimbo, Starbucks, Compass Group, and Dunkin’ Donuts. Other leading organizations in corporate campaigns have consistently reported to us that THL plays a key role in these campaigns.

THL appears to us to have played an important causal role in securing pledges to go cage-free from many major corporations. For example, from our conversations with THL staff:

THL’s reputation as an effective campaigning group appears to be strong enough that, in some cases, the prospect of a campaign has been enough to help secure a cage-free pledge. For instance, according to THL:

This grant will allow THL to expand its corporate campaign division in order to push more companies to go cage-free. Up until a year ago, THL had achieved 2-4 corporate victories per year with two part-time staff working on corporate campaigns. Since putting four full-time staff on corporate campaigns a year ago, THL has achieved about 35 victories, although many of these were with smaller companies. We view THL’s campaign model as replicable but labor-intensive, requiring extensive background research, online mobilizing, and grassroots protests. To date, THL has only had resources to negotiate with or campaign against a fraction of the roughly 400 U.S. food companies on its target list.

We believe the effectiveness of THL’s campaign model is likely to scale with its growth, and believe there is some chance that a grant to THL will generate superlinear returns: the possibility of reaching an industry-wide tipping point, particularly in the grocery industry, may potentially lead to higher returns than in the past. THL’s past corporate campaign budget accounts for less than $250,000 of the roughly $2.5 million that we estimate advocacy groups have spent in total on corporate cage-free campaigns. However, we believe that THL is likely responsible for more than one-tenth of the impact of these campaigns. If about a quarter of the overall impact is attributed to THL, then THL’s activities have spared about 300 hens from cage confinement per dollar spent.9

THL plans to use this grant to roughly triple the size of its corporate campaign team by hiring eight new staff, including:

THL plans to use this extra capacity to launch more and larger campaigns, especially targeting the grocery sector (which has so far largely resisted pressure to go cage-free). THL has shared its plans with us for reaching out to the nation’s 400 largest food buyers (ranging from fast food restaurants to regional grocery chains) and launching campaigns against them if necessary.

The grant’s two-year timeline will likely allow THL to offer greater job security to its new hires and to plan longer-term campaigns than it has been able to so far. In addition to funding new hires, THL plans to spend roughly $84,000 a year on campaign travel costs, $66,000 on campaign materials, and $45,000 on office space and utilities.10

THL’s budget has increased by about $400,000/year over the last few years (from $555,000 in 2013 to $968,000 in 2014 to between $1.3 and 1.4 million in 2015). However, most of these funds are earmarked for programs other than corporate campaigns. About a third of THL’s budget is earmarked for online ads. Roughly another third of its budget is raised at local events run by THL’s grassroots offices. Although these funds are not technically earmarked, donors give with the expectation that they will fund the local office. The remaining third of THL’s budget is split between corporate campaigns and all other activities, including administration, fundraising, and a number of other expansion priorities.

Two of our initial concerns about this grant, which have been addressed by THL, were:

We do believe there are risks associated with some of THL’s campaign tactics. In particular, some of THL’s campaign tactics seem to have irritated companies and their leaders in the past. THL reports that it uses these tactics because it has found them effective for bringing companies to the negotiating table, and that they do not target anyone by name except company CEOs.

We also see two broader scenarios in which this grant might be rendered ineffective:

We expect to have a conversation with THL staff every 3-6 months for the next two years, with public notes if the conversation warrants it. At the one-year mark, we expect to provide an update on this grant, either by publishing public notes or by producing a brief write-up. Towards the end of the grant, we plan to attempt a more holistic and detailed evaluation of the grant’s performance.

We identified corporate cage-free reforms as a promising area for grantmaking within our farm animal welfare program. As THL is one of the main organizations running these campaigns, we contacted THL to discuss its plans and funding situation with the organization’s leadership in more detail.

1. American Egg Board, About the Egg Industry:

3. “Hens appear to value the provision of perches, particularly at night, with up to 100% of birds perching…nesting behaviour is a behavioural priority for hens approaching oviposition and they place a very high value on an enclosed nest site…Evidence suggests that laying hens need a reasonable ‘personal space.’” LayWel 2004, Pg. 10

“All hens must have…sufficient space to be able to perch.” American Humane Association, Animal Welfare Standards for Laying Hens, Pg. 32

“United Egg Producers estimates that 15 percent of U.S. egg-laying hens are raised by farmers who do not participate in its voluntary animal welfare program or meet its minimum standards. These birds are squeezed into an average space of about 45 to 50 square inches apiece.”

7. To reach these numbers, Lewis Bollard, our Program Officer for Farm Animal Welfare compiled details of all the corporate pledges to date by talking to advocates in the field, independently researching the pledges, and estimating the numbers involved. See Our internal estimates of cage-free pledges as of mid-February 2016.

That these estimates refer to the number of animals spared an average of about a third of a year on a factory farm is based on correspondence with ACE.

12. “If all of the cage-free systems that are expected to be installed by the end of 2016 were fully stocked, the U.S. would have about 19 million more cage-free layers then it had in September 2015.” O’Keefe 2015a