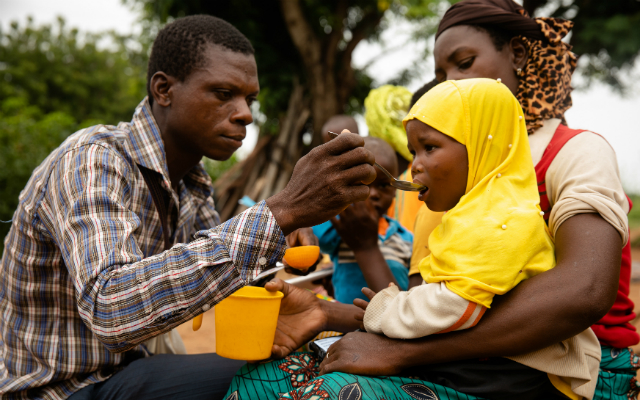 We believe that every life has equal value — and that philanthropic dollars can go particularly far by helping those who are living in poverty by global standards. Currently, many of the best giving opportunities we’ve found in the Global Health and Development focus area are recommended by GiveWell, a nonprofit dedicated to finding outstanding giving opportunities and publishing its full analysis to help donors decide where to give. (Learn more about our relationship with GiveWell here.)

GiveWell recently announced its recommendations for giving, a list that focuses on programs with a strong track record and excellent cost-effectiveness, can use additional funding to expand their core programs, and are exceptionally transparent. We have allocated an additional $100 million for GiveWell top charities, GiveWell standout charities, and GiveWell Incubation Grants in the year-end period (beyond what we’ve already granted to GiveWell-recommended charities earlier this year).

We arrived at the $100 million number through a process that was spiritually similar to last year’s (i.e., starting from the assumption that 10% of total available capital will eventually go to a “straightforward charity” bucket that is reasonably likely to line up with GiveWell’s work and recommendations) but involved a much more extensive modeling effort to try to optimize our recommended spending levels across time. With significant input from GiveWell, we built a Monte Carlo model with estimates of parameters that affect the good we can do by spending (or saving) within that “straightforward charity” bucket, including, among others, how quickly opportunities get worse as we spend more money within a given year, how fast philanthropic opportunities decline over time as the world improves, how fast other donors ramp up their spending, and our expected asset returns. We also incorporated GiveWell’s view that they expect to find more cost-effective opportunities in the coming years and accordingly would prefer funding to gradually grow (at least in the near term) rather than experience a rapid shift to a faster, but roughly constant, pace of funding. One of the results of our analysis was that a range of spending levels looked nearly equally optimal, and so we took on board Cari and Dustin’s all-else-equal preference to spend faster and recommended a round number at the top of the model’s recommended range. We’re still working to write up and vet the model and hope to share the full details in the future.

After we had arrived at our overall giving season recommendation, GiveWell recommended that Open Philanthropy grant $70 million this year, allocated to its top and standout charities as listed below, and hold the remaining $30 million to grant in January, when it may have more information on potential new GiveWell Incubation Grants as well as which top charities have the greatest remaining need for funds.

More detail on GiveWell’s reasoning in recommending this allocation is available here.

Four of these top charities’ work primarily focuses on reducing deaths and five implement programs that aim to increase recipients’ incomes and consumption. Though some of these recommendations are still working their way through our full grantmaking process, we expect the funds will be distributed in coming weeks, and we are excited to support these cost-effective organizations.