Maybe the Murder Rate Levelled Off This Year? Cleansed of seasonal cycles, the homicide rate rose from mid-2014 to mid-2015. (The tick marks on the time axis indicate January 1 of each year.) However, since 2015, the seasonally adjusted homicide rate appears to have held steady. Possibly the elevated level—still low by the standard of recent history—is the new normal. Possibly the rate has peaked and will fall again, as cities such as Chicago and Baltimore successfully wrestle with local crime outbreaks. Or perhaps the rise will resume. Time will tell.

Here are the underlying trends by city–smoothed and seasonally adjusted. The curves are more volatile in smaller cities, where homicide is rarer in absolute terms:

In the FBI typology, the other kinds of violent crime are rape, robbery, and aggravated assault. (Robbery is violent because it is forcible theft from a person. “Aggravated” means “intended to inflict severe bodily harm,” usually through use of a weapon.) We have left out rape because the FBI broadened its definition in 2013, potentially creating spurious statistical shifts. Adding in robbery and aggravated assault gives this graph:

It appears that after falling about 40% since 2001, violent crime per capita has risen slightly since mid-2014.

The story looks different for the other major component of the FBI’s headline crime tally. Property crime is still falling in our sample: 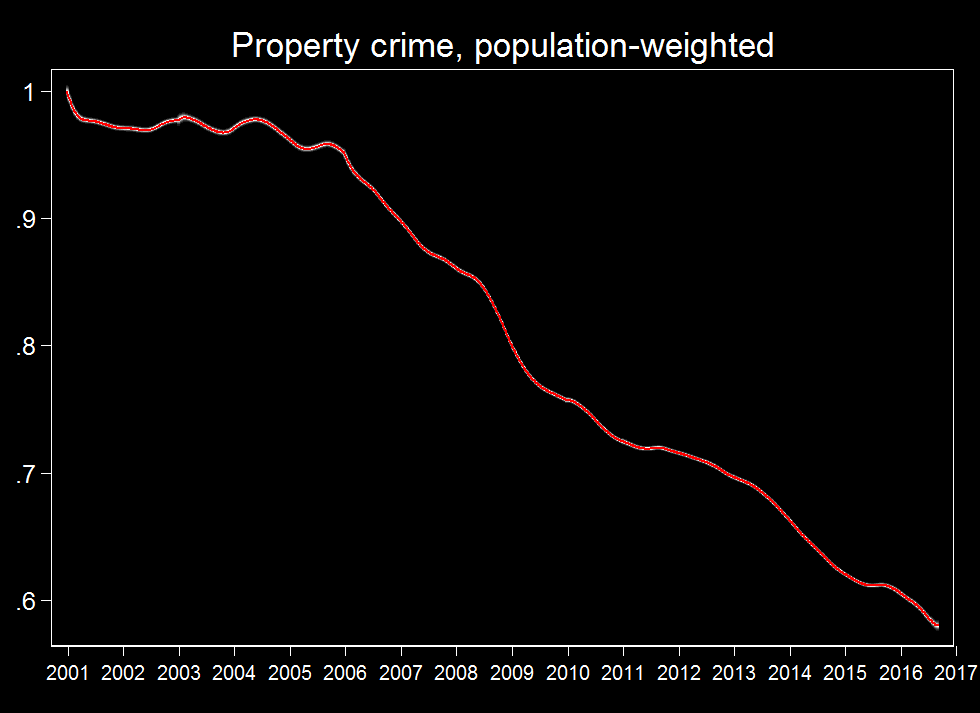 Here are graphs for other subcategories of crime, including ones breaking out by gun involvement. As the February post explains, changing the crime category also changes the sample, because we could not obtain data for all categories from all our cities. In general, crimes involving guns rose more or fell less than those not: 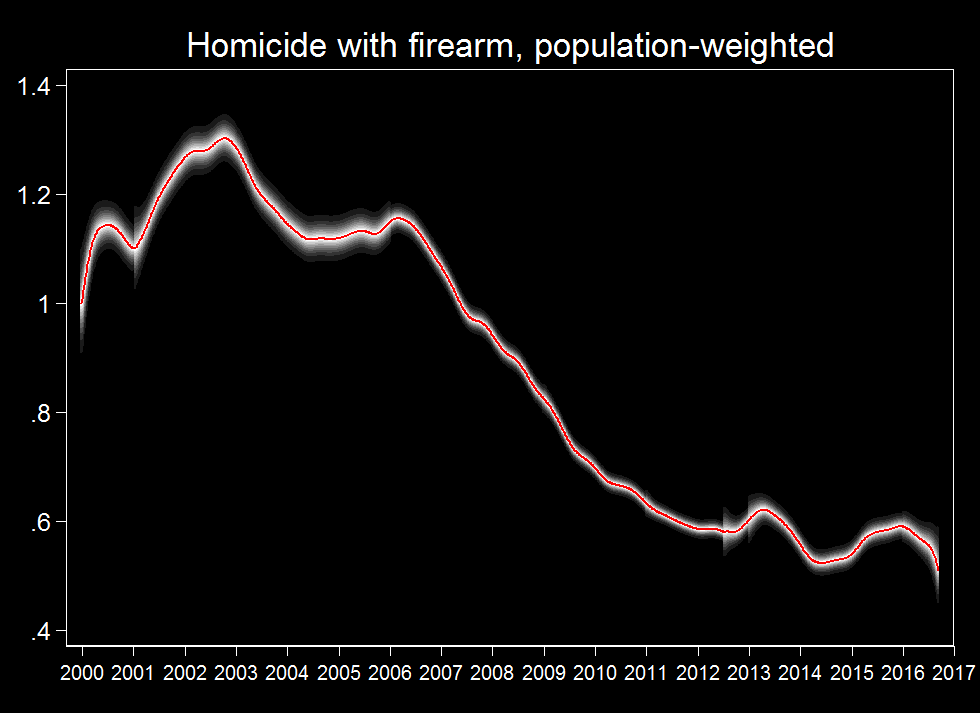 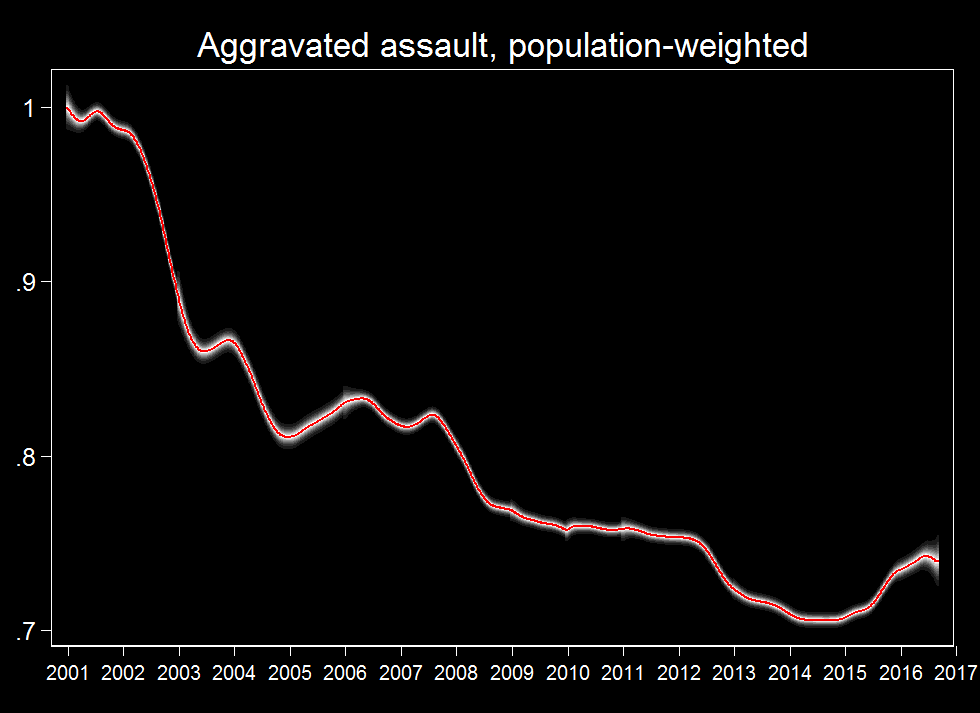 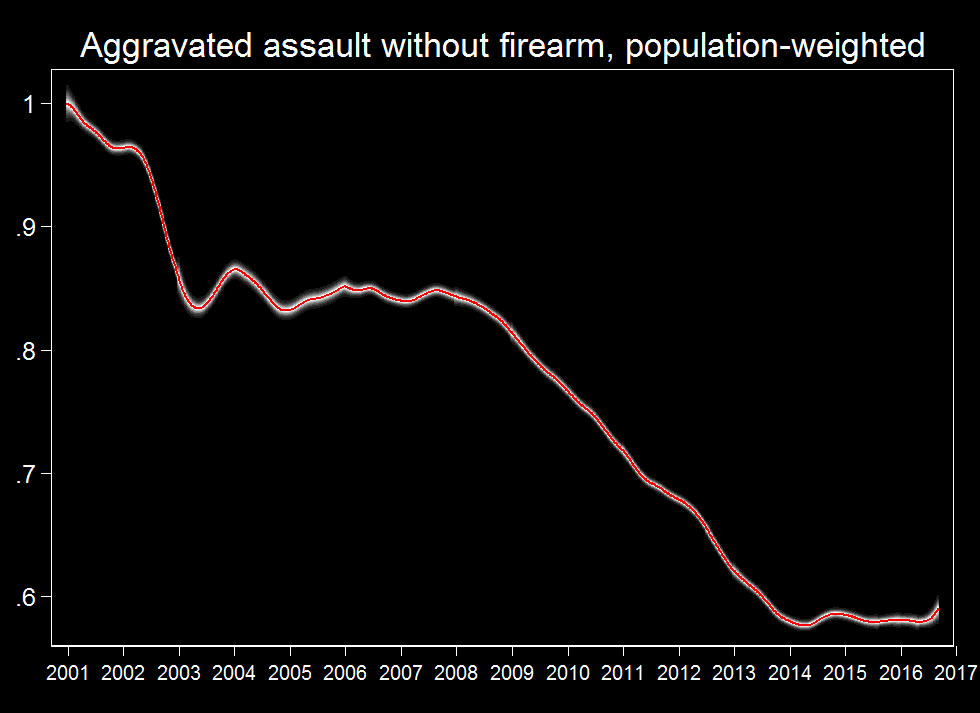 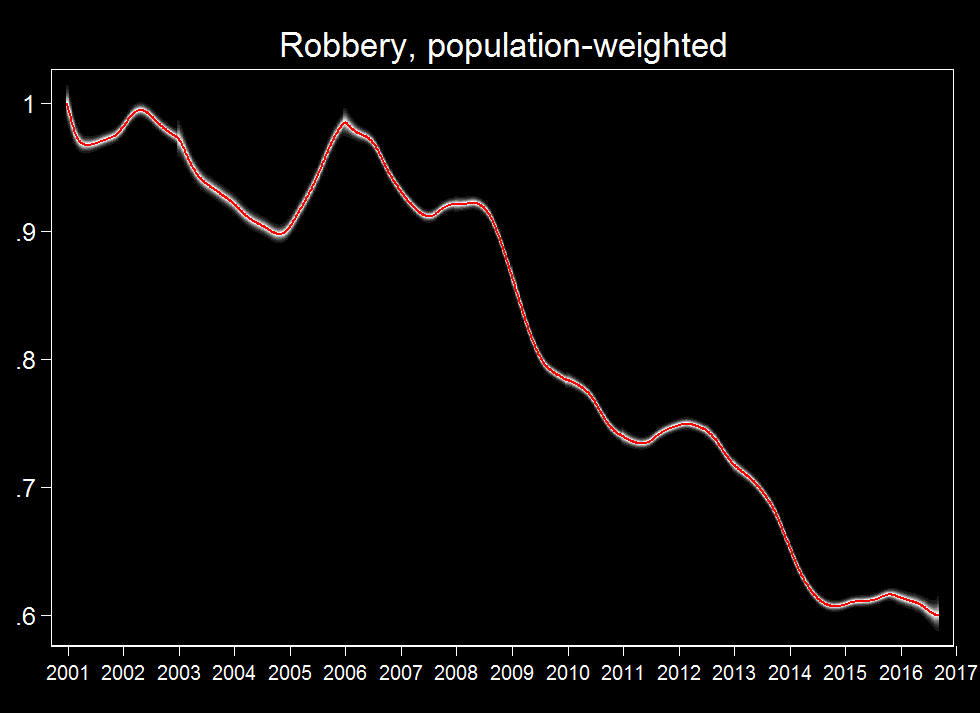 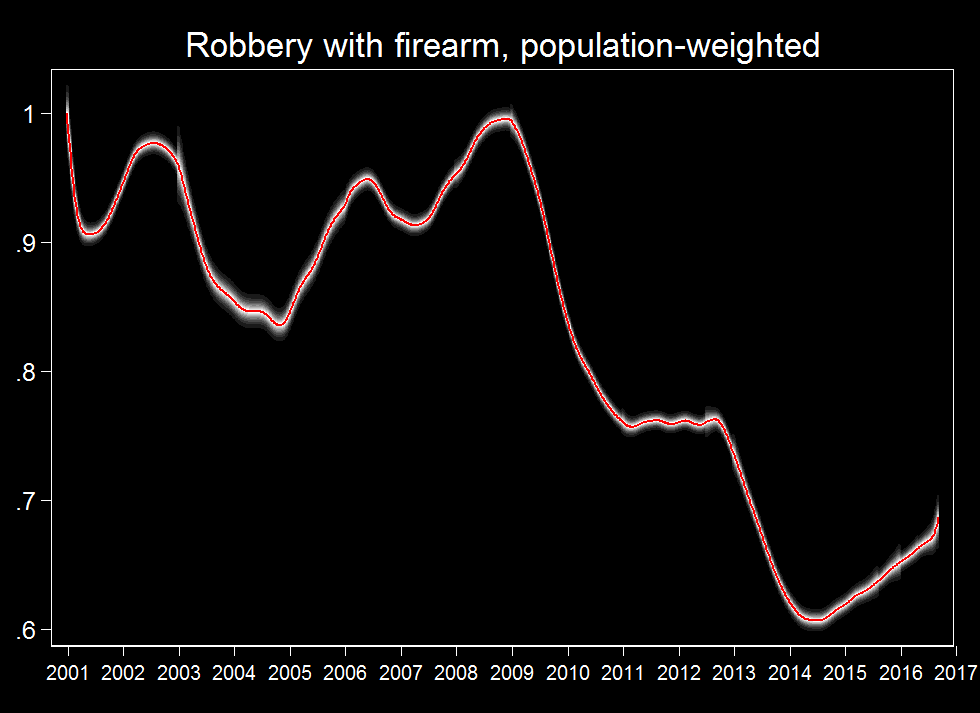 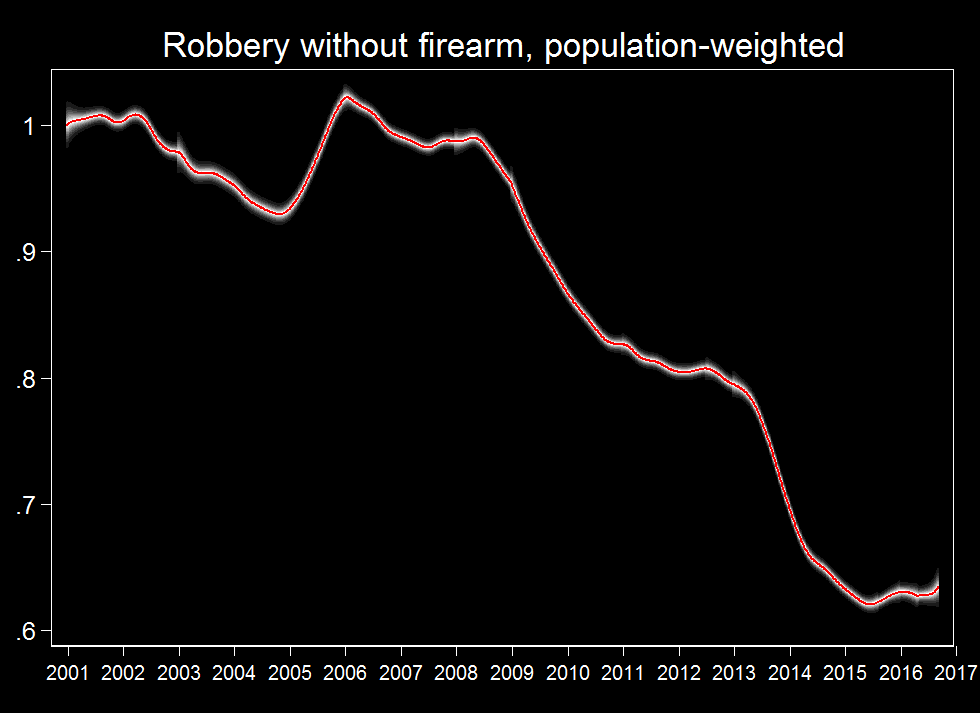