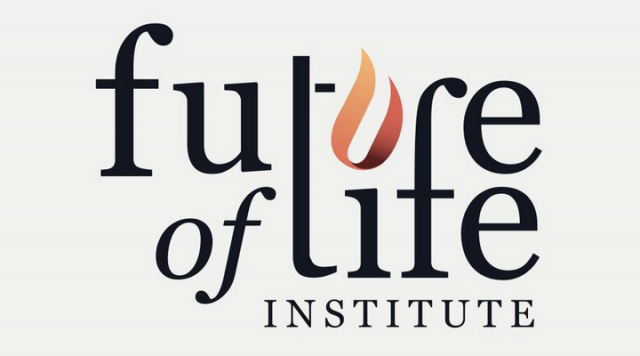 Future of Life Institute staff reviewed this page prior to publication.

The Open Philanthropy Project recommended $1,186,000 to the Future of Life Institute (FLI) to support research proposals aimed at keeping artificial intelligence robust and beneficial. In the first half of 2015, FLI issued a Request for Proposals (RFP) to gather research proposals on artificial intelligence risk reduction. This RFP was the first wave of a $10 million program funded by Elon Musk; the RFP planned to make grants worth approximately $6 million.

The RFP solicited applications for research projects (by small teams or individuals) and centers (to be founded focusing on policy and forecasting). After working closely with FLI during the receipt and evaluation of proposals, we determined that the value of high quality project proposals submitted was greater than the available funding. Consequently, we made a grant of $1,186,000 to FLI to enable additional project proposals to be funded. We consider the value of this grant to comprise both the output of the additional projects funded, and the less tangible benefits of supporting the first formal RFP in this field.

We were very pleased with the overall quality of the applications, and with the decisions made by the selection panel. The proposals that were funded by the RFP span a wide range of approaches, including research on ensuring that advanced AI systems that may be developed in the future are aligned with human values, managing the economic impacts of AI, and controlling autonomous weapons systems.

In a March 2015 update on the Open Philanthropy Project, we identified ‘risks from artificial intelligence’ as a priority cause within our global catastrophic risk program area.

In brief, “risks from artificial intelligence (AI)” refers to risks that could potentially emerge as the capabilities of AI systems increase. It seems plausible that sometime this century, systems will be developed that can match human-level performance at a wide range of cognitive tasks. These advances could have extremely positive effects, but may also pose risks from intentional misuse or catastrophic accidents.

See our writeup of this issue for more detail on our view.

The Future of Life Institute’s 2015 Request for Proposals

In January 2015, the Future of Life Institute (FLI) organized a conference in Puerto Rico, called ‘The Future of AI: Opportunities and Challenges’. Following the conference, Elon Musk announced a $10 million donation to FLI to support “a global research program aimed at keeping AI beneficial to humanity.”1 Soon thereafter, FLI issued a Request for Proposals (RFP) to solicit proposals aiming to make AI systems robust and beneficial,2 and published alongside it a document expanding on research priorities within this area.3 The goal of the RFP was to allocate $6 million of Musk’s donation to the most promising proposals submitted, in two categories: “project grants” and “center grants”.4

We see this RFP as an important step in the development of the nascent field of AI safety research. It represents the first set of grant opportunities explicitly seeking to fund mainstream academic work on the subject, which we feel makes it an unusual opportunity for a funder to engage in early-stage field-building. We felt that it was important that the process go well, in the sense that strong proposals be funded, and that the academics who took part feel that applying was a good use of their time.

For this reason, we have been working closely with FLI since the announcement of the RFP. We wanted to follow what proposals were submitted, with the intention of potentially contributing additional funding if we believed that high quality proposals would otherwise go unfunded.

Our Program Officer for Global Catastrophic Risks, Howie Lempel, reviewed first round applications with the assistance of Dario Amodei, one of our technical advisors; other Open Philanthropy staff looked over some applications and were involved in discussions. Following this review, we determined that at the available level of funding ($6 million), a number of promising proposals would have to be rejected.

At this point (around May), we told FLI that we would plan to recommend a grant of at least $1 million towards the RFP. Telling FLI about our planned recommendation at this stage was intended to assist FLI in planning the review of second round proposals, and as an expression of good faith while we played an active role in the RFP process.

We discussed the RFP with a number of people, including applicants, AI researchers from within academia, and researchers from within the existing AI safety field. These conversations included discussion of the value of different types of research, as well as asking for their perceptions of how the RFP was proceeding. We shared our impressions from these discussions with FLI staff, including making some small logistical suggestions to help the RFP run smoothly. Conversation notes from these conversations are not available, though there are some details on what we heard and what suggestions we made below.

Representatives of the Open Philanthropy Project attended the review panel meeting in late June, where the final funding allocations were decided. There we focused on evaluating the proposals which would be affected by our decision on how much funding to allocate. We decided that contributing a total of $1,186,000 would enable the RFP to fund all the proposals that the panel had determined to be the strongest..

The full list of proposals receiving funding, including summaries and technical abstracts, may be found here. That link includes all materials that can be shared publicly (we cannot share e.g. rejected proposals, though we give general comments on the process below).

FLI’s announcement of the grants gives the following overview of the awardees:5

The winning teams, chosen from nearly 300 applicants worldwide, will research a host of questions in computer science, law, policy, economics, and other fields relevant to coming advances in AI.

The 37 projects being funded include:

With the research field of AI safety at such an early stage, we feel that it would be premature to have confident expectations of which research directions will end up being relevant and important once AI systems become advanced enough to pose significant risks. As such, we were hoping that this RFP would provide an opportunity to support experts from a variety of backgrounds to tackle different aspects of the problem, and expand the range of approaches being taken. We were excited to see breadth across the research proposals submitted, which were diverse both relative to each other and to previous work on AI safety.

There are some specific research directions which we find particularly promising, though with low confidence. Some of these directions - which we were glad to see represented among the successful projects - include transparency and meta-reasoning, robustness to context changes, calibration of uncertainty, and general forecasting.6 We also believe that early attempts to explore what it looks like when AI systems attempt to learn what humans value may be useful in informing later work, if more advanced and general AI (which may need to have some internal representation of human values, in a way current systems do not) is eventually developed. A number of different approaches to this value-learning question were among the successful proposals, including projects led by Stuart Russell, Owain Evans, and Paul Christiano.

We believe it is very unlikely that the proposals funded due to this grant would have received funding from this RFP in the absence of the grant.

Elon Musk’s donation was the only other source of funding for this RFP, and this contribution was capped at $6 million from the outset.7 We considered the possibility that this amount would be increased late in the process if the quality of submissions was higher than expected. We decided to make the grant once we had decided that despite the large number of excellent proposals, it was unlikely that the total amount of funding for this set of grants would be raised.

In addition, the funding provided by Musk was restricted such that it had to be disbursed evenly across three years, funding $2 million of proposals each year. Given that the proposals submitted could last one, two, or three years and generally requested an even amount of funding across their duration, this restriction meant that it would be essentially impossible for the RFP to allocate its entire budget if it funded any one- or two-year projects. Our funding meant that shorter projects could be funded without running into this issue. We also made an effort to determine whether some projects which had applied for one or two years of funding could be restructured to receive funds over a longer time horizon. A large number of the projects which we suggested be restructured in this way accepted the suggestion, and were able to receive funds which they might not have had access to without our involvement.

We find it relatively likely that some of the projects funded by this RFP would have received funding from other sources, if they had not been successful here. However, we do not consider this a major concern. One reason is that while some projects would have received funding, it’s far from clear that the majority would have. Secondly, it was important to us not only that the specific additional projects received funding, but also that the RFP be successful as a whole. This included ensuring that talented applicants not have their proposals rejected in a way that could cause them to feel demoralized or unmotivated to do research related to AI safety in future, and funding the set of proposals which would best ensure the productive development of the field as a whole.

Overall, we have been impressed with what FLI has been able to achieve over the past six months, and are very happy with the outcome of the RFP.

Points we were particularly pleased with:

There were some areas in which we found working with FLI challenging. We feel these areas were minor compared to FLI’s strengths listed above, but wish to explain them to give a sense of the considerations that went into this grant. We discuss them in the next section.

The most significant risk to the success of this grant is that the research it funds may simply turn out not to contribute usefully to the field of AI safety. We see this risk as intrinsic to the field as a whole at present, and not as specific to this grant; see this section of our writeup on risks from artificial intelligence for more detail on our thoughts on this front.

There are two other notable reservations we had while making this grant:

As a more minor consideration, we share some of the challenges of working with FLI as an indication of reservations we had during the process of considering the grant, though we don’t consider these to be major issues for the grant going forward.

Over the course of the RFP we encountered additional communication issues, although these were smaller and/or more ambiguous. Communication may also have been smoother if the RFP involved fewer short timelines and more advance planning, issues discussed immediately below.

There are two major lessons that we took away from the process of making this grant:

Grantees are required to update FLI on their progress once per year for the duration of their funding. We plan to discuss these updates with FLI, and intend to write publicly about our impressions of how the projects are progressing. Given that the full benefits of the research funded by this RFP relate to long-term field development, we do not expect to be able to say with confidence to what extent the projects are succeeding. However, we do plan to keep track of the projects’ research output, including, for example, publications and conference presentations, where appropriate.