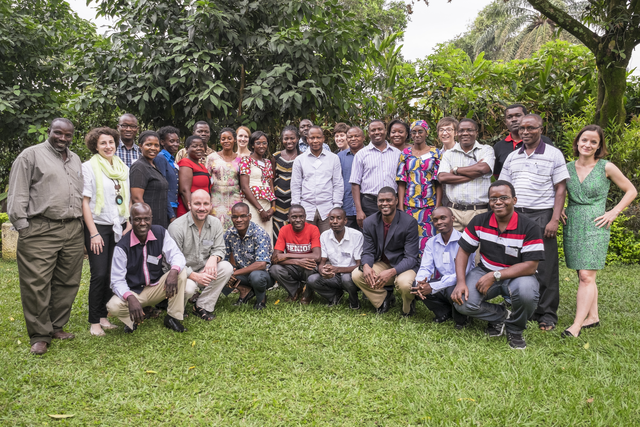 We decided to write about this grant in detail because it is a large grant that we find exciting. This page is a summary of the reasoning behind our decision to recommend the grant; it was reviewed but not written by the grant investigator(s).

Target Malaria staff reviewed this page prior to publication.

The Open Philanthropy Project recommended a grant of $17,500,000 to Target Malaria over four years to help the project develop and prepare for the potential deployment of gene drive technologies to help eliminate malaria in Sub-Saharan Africa, if feasible, ethical, safe, approved by the regulatory authorities, and supported by the affected communities. Target Malaria is also a grantee of the Bill & Melinda Gates Foundation. This grant will support training and outreach programs, research into the potential ecological effects of releasing gene drives, operational development, regulatory support, and an unrestricted funding reserve.

Malaria is a leading cause of child mortality in the developing world, and the Institute for Health Metrics and Evaluation (IHME) estimates that the current mortality rate of malaria in Sub-Saharan Africa is roughly 1,700 people per day.1 It has been proposed that gene drives, a new scientific tool, could substantially contribute towards eliminating mosquito-borne diseases like malaria and dengue fever.

Gene drives are tools for genetically altering an organism in a way that increases the proportion of offspring that inherit the altered trait. This allows the altered trait to spread rapidly through a population, even if the trait is not conducive to the fitness of the organism. (We recommend this report2 from the National Academies for a more detailed overview of gene drive technology.)

In the last few years, improvements in DNA editing technology using the CRISPR/Cas9 system have made it possible to create gene drives much more easily. Researchers have recently demonstrated a mosquito gene drive capable of passing on desired traits to the next generation with over 99% efficiency.3 Two different kinds of strategies have been proposed for delivering traits that could help reduce malaria burdens. One approach would be to deliver traits that would render some species of mosquitoes incapable of carrying malaria; another approach would be to deliver traits that would greatly suppress the population of the main species of mosquitoes that carry malaria.

Target Malaria is an international collaboration aimed at developing gene drive technologies that could eventually be used to help eliminate malaria in Sub-Saharan Africa. It is led by Professor Austin Burt and housed legally at Imperial College London. It brings together over a hundred experts from 14 research institutions, including three institutions based in malaria-endemic countries (Institute de Recherche en Sciences de la Sante in Burkina Faso; the Malaria Research and Training Center at the University of Sciences, Techniques and Technologies of Bamako in Mali; and the Uganda Virus Research Institute in Uganda).

Target Malaria is currently the largest research group working on gene drive technologies for malaria control, and we would guess that it is the one that is most likely to develop a fit-for-field construct first. This effort focuses on three interbreeding species of mosquito that account for the majority of the malarial disease burden in Sub-Saharan Africa. The project recently received a grant of $36 million over three-and-a-half years from the Bill & Melinda Gates Foundation (Gates Foundation). Target Malaria Principal Investigator Professor Austin Burt states that the organization’s main goal during this period is to create a gene drive construct that:

Professor Burt is confident that the team will succeed in these goals over the given time period, and this assessment seems plausible to us.

Target Malaria plans to spend this funding as follows:

We decided to recommend this grant for the following reasons:

We have discussed with researchers several remaining challenges in developing effective technologies using gene drive. Any of these may prove to be more scientifically difficult than expected and thereby delay Target Malaria’s work; we see this as a general concern for any work related to gene drive technologies. The main reservation we have specific to this grant is that, given that this seems like an exciting funding opportunity, it is possible that another funder would have funded this in our absence.

We plan to follow up with Target Malaria twice annually for the duration of the grant, and to request both verbal and written updates on the project’s progress.

We plan to consider the following questions when following up with Target Malaria:

Our process for deciding to recommend this grant involved conversations with Target Malaria, the Gates Foundation, Kevin Esvelt, Stephanie James, and several other people. Our work was reviewed by two of the Open Philanthropy Project’s scientific advisors, Chris Somerville and Daniel Martin-Alarcon.