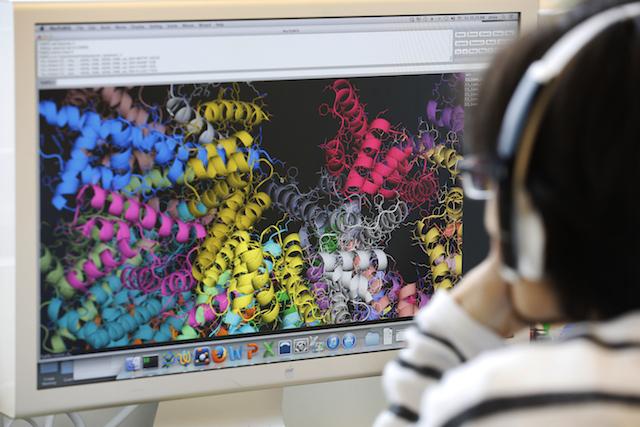 This page was reviewed but not written by the grant investigators. IPD staff also reviewed this page prior to publication.

The Open Philanthropy Project recommended a grant of $11,367,500 over five years to the University of Washington’s Institute for Protein Design (IPD) to support research on the use of computational protein design to develop a universal influenza vaccine. This work will be led by UW Professor David Baker, Ph.D., and UW Assistant Professor Neil King, Ph.D. In addition, part of this funding is intended to improve the Rosetta molecular modeling and design software originally developed in Baker’s lab. UW Assistant Professor Frank DiMaio, Ph.D., and others will work to improve Rosetta to better predict the properties of proteins, which we believe could lead to many helpful applications in both human and animal health, such as facilitating faster creation of antiviral therapies in the event of a pandemic outbreak.

Developing a “universal” influenza vaccine has been a long-standing goal of the infectious disease community. Influenza causes an estimated 290,000 - 650,000 deaths each year,1 in addition to carrying pandemic risks, such as the 1918 flu pandemic, which may have killed more than 50 million people. There can be up to 36 million cases of influenza annually in the United States alone, costing the U.S. economy an estimated $87 billion in medical expenses and lost productivity.2

A universal vaccine would protect against all of the many genetic variants of influenza, thereby substantially reducing or eliminating annual deaths associated with the virus, as well as mitigating or even potentially eliminating the risk of influenza pandemics. By administering a universal vaccine early in life, immunity could reach a majority of the world population and potentially eliminate the need for the “seasonal” flu vaccine, thereby reducing the costs and uncertainty associated with current annual influenza vaccination practices.

We are most interested in supporting this work due to its potential to reduce illness and mortality from influenza, as well as the potential to prevent future harm from influenza pandemics. The grant therefore falls within both our scientific research funding category, and our biosecurity and pandemic preparedness focus area.

The project will be led by Dr. David Baker,3 director of the University of Washington’s Institute for Protein Design, founded in 2012. We consider Dr. Baker and his team exceptionally well-qualified to accomplish the universal influenza vaccine design.

Dr. Baker and colleagues will also collaborate with Dr. Barney Graham, deputy director of the National Institute of Allergy and Infectious Diseases’ (NIAID) Vaccine Research Center and chief of the Viral Pathogenesis Laboratory at NIAID. Dr. Graham and his colleagues will be responsible for overseeing evaluation of the safety, immunogenicity, and protective capacity of the universal flu vaccine. NIAID is one of the institutes within the National Institutes of Health, which is funding Dr. Graham’s work.

There are two goals associated with this grant: producing a universal influenza vaccine and improving the Rosetta molecular design and computational chemistry software to better predict properties of proteins.