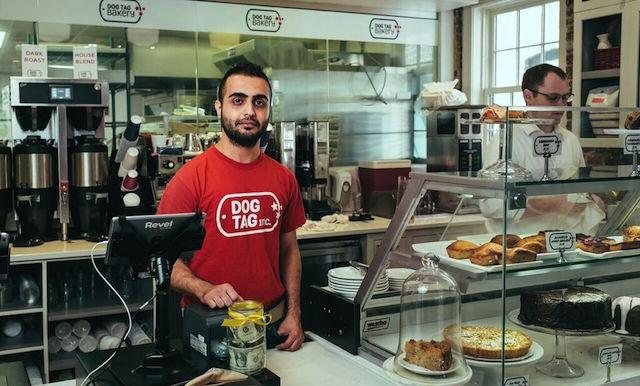 The Open Philanthropy Project recommended a grant of $700,000 in unrestricted funding over two years to the International Refugee Assistance Project (IRAP). IRAP plans to use the grant to hire additional staff, especially within policy and communications, which will allow it to expand its efforts to obtain additional resettlement opportunities for refugees.

The International Refugee Assistance Project (IRAP) provides legal representation to refugees and engages in policy advocacy around refugee processing. It is one of the few advocates for increased refugee resettlement that is not itself a resettlement agency. IRAP is a project of the Urban Justice Center, a legal aid nonprofit (although it retains almost total programmatic independence).

IRAP plans to hire two new policy staff and one communications person. Focus areas for the policy hires will likely include:

IRAP does not plan to focus on advocating for higher refugee resettlement commitments from the United States because it believes there are already many other groups doing so (including most European governments). Instead, IRAP believes its comparative advantage lies in identifying and fixing visa and refugee admission processes that might otherwise prevent current resettlement targets from being met.

IRAP appears to us to have a fairly strong track record of getting more refugees admitted and resettled with fairly limited staff capacity.

For instance, based on reviewing documents provided to us by IRAP as well as media coverage of the organization, we would guess that IRAP played a causal role in expanding access to SIVs for tens of thousands of Iraqis and Afghans who worked with the U.S. military (and their families). These visas do not count against the U.S.’s annual cap on refugee admissions.

Given IRAP’s track record, we would guess that expanding its capacity is likely to be impactful, and IRAP’s plans for how to use additional advocacy staff capacity strike us as reasonable and fairly likely to lead to further impact.

IRAP’s total proposed budget for its new policy and communications hires is $267,250 per year.1 We set our grant at $350,000 per year to give IRAP additional flexibility. IRAP plans to use the remainder of the grant to make one or two additional field hires in the Middle East, and to increase staff salaries (which Heller told us IRAP has had difficulty finding funding for).

We believe there is a high likelihood that IRAP’s advocacy efforts around SIVs have been successful in part because it is one of the less controversial aspects of immigration and refugee resettlement, and that IRAP may not have enough capacity or influence to make a difference in more controversial policy areas. However, we think IRAP has handled this risk appropriately in their planning, e.g. by not prioritizing higher-profile and more controversial areas (such as the presidential determination) and instead focusing on strategic procedural changes that still stand to significantly increase resettlement opportunities.

We expect to have a conversation with IRAP staff every 3-6 months for the next two years, with public notes if the conversation warrants it. At the one-year mark, we expect to provide an update on this grant, either by publishing public notes or by producing a brief write-up. Towards the end of the grant, we plan to attempt a more holistic and detailed evaluation of the grant’s performance.

After meeting with Becca Heller, we investigated IRAP’s track record by talking to one of their funders, several other organizations that work with them on refugee issues, and by reviewing documents about their historical role in increasing the number of SIVs. We then requested a proposal for how IRAP would use additional funds for advocacy and decided to contribute unrestricted funds instead.