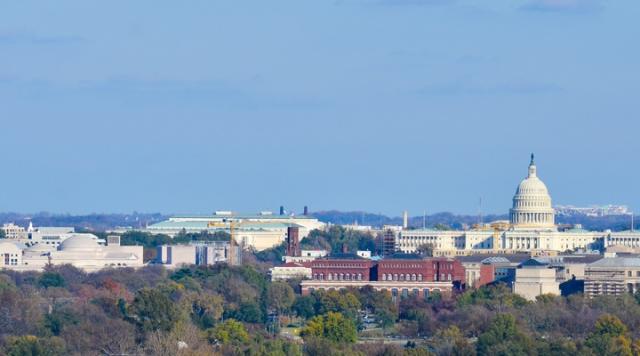 The Open Philanthropy Project recommended a grant of $275,000 to support Smart Growth America’s Greater Greater Washington Education Project. Greater Greater Washington (GGW) is a group blog that covers local policy issues, such as housing, education, and transportation, in the greater Washington, D.C. metro area. The GGW Education Project is a fiscally sponsored project of Smart Growth America, a 501(c)(3) organization. We encountered its work as part of our exploration of land use reform (which is a priority cause for us because we see few groups that are organizing people in support of reducing constraints on the housing supply in key metropolitan areas).

GGW requested funding to support the hiring and activities of three staff members, who would focus on increasing the capacity and influence of the blog as well as expanding the scope of the organization’s activities to include more organizing around housing supply issues. We do not have a strong sense of the likely impact of providing funds for these activities, but we see these donations as good opportunities to support a promising group that is attempting to generate support for land use reform in Washington, D.C., one of the most important housing supply-constrained metro areas in the U.S. We believe that GGW would not have been able to undertake these activities without funding from the Open Philanthropy Project and Cari Tuna.

The Open Philanthropy Project provided funding to Smart Growth America for the purpose of supporting the charitable activities of its fiscally sponsored project Greater Greater Washington Education Project; Open Philanthropy funds will not be used to support any lobbying activities.

Rationale for the donations

As of the time of this writing, we have identified land use reform (in particular, zoning reform to enable more housing construction in key metropolitan areas) as a priority cause within our work on U.S. policy (more detail here), and as such have prioritized it for possible grantmaking. In particular, this space stands out for the paucity of funding and organizations advocating in favor of allowing more housing supply,1 and accordingly we are interested in supporting new groups that would work on these issues.

Washington, D.C., where Greater Greater Washington is based, is one of several major metropolitan areas in the U.S. where land use reform could conceivably provide the greatest benefits and also stands out as a particularly valuable place to work on this issue because of the concentration of media attention there.2

Greater Greater Washington (GGW) (www.greatergreaterwashington.org) is a group blog that covers local policy issues in Washington, D.C. Its mission statement is: “Greater Greater Washington builds informed and civically engaged communities who believe in a growing and inclusive Washington region and speak up for livable communities and high-quality education for all.”3 GGW was founded in 2007 by David Alpert, who currently serves as the organization’s unpaid President. Prior to starting GGW, Alpert was a Product Manager at Google for several years.4

David Alpert told us that GGW’s total budget has typically been under $25K per year. He said that it largely raises these funds from its annual reader drive, and that it primarily spends these funds on a part-time editor and other expenses associated with maintaining its website; other positions are all currently held by volunteers.

GGW has written about many local policy issues, with a particular focus on land use and transportation issues. Examples of GGW blog posts related to land use reform are in this footnote.6

David Alpert told us that GGW is organized as a not-for-profit corporation and is in the process of registering as a 501(c)(4). Cari Tuna provided funding to GGW for non-political use.7

Smart Growth America, a U.S.-registered 501(c)(3), serves as a fiscal sponsor for Greater Greater Washington, to support its charitable activities. The Open Philanthropy Project provided funding to Smart Growth America for the purpose of supporting the charitable activities of its fiscally sponsored project Greater Greater Washington Education Project; Open Philanthropy funds will not be used to support any lobbying activities.

GGW has written about a wide variety of local policy issues in the past, devoting only a portion of its attention to land use reform. It now intends to expand its focus on land use reform and expand the scope of its activities to include organizing work devoted to allowing more housing in Washington, D.C.8

GGW’s stretch goals for the next year include:

These donations would support the non-political and charitable activities of 3 full-time paid staff members that GGW would plan to hire:14

GGW has already identified candidates that it would like to hire for its Staff Editor position. One of GGW’s first activities would be recruiting a Managing Director and Housing Organizer.

David Alpert plans to continue to serve as an active unpaid President of the organization and as Managing Director until one can be hired.

GGW’s overall budget would be about $260K per year during the two-year donation period. Its major cost categories are:15

Case for the donations

The primary reasons for these donations are:

Risks to the success of the donations

Because the type of work that GGW is undertaking is new and untested, it is difficult to project its probability of success, but we start from the general belief that achieving policy change is difficult, and accordingly we would be surprised if GGW is able to significantly affect housing policy in D.C. in the short term. Nonetheless, we think these donations are valuable because of the chance that GGW is able to affect policy in the short or (more likely) long term. We can imagine many ways that GGW could fail to have an impact, such as unsuccessful hiring, failure to find other funders, failure to attract interest from a sufficiently broad range of D.C. residents,16 or more straightforwardly failing to attract support for their policy agenda, etc.

We do not foresee specific major risks of causing harm due to these donations, though we recognize that policy change efforts can carry uncertain and unpredictable consequences.

Without these donations, we believe that GGW would not have been able to significantly expand its activities. We are not aware of any other funders who would have considered providing sizable donations to support GGW’s activities.

David Alpert told us that if the Open Philanthropy Project and Cari Tuna did not provide these donations, GGW likely would have taken one of two paths:

We believe GGW could potentially take on many other worthwhile activities beyond the scope of these donations; we aimed to choose a funding level that would be enough to get it off the ground but not large enough to conduct all of the activities that it would like to. Some activities that GGW could undertake with additional funding are in this footnote.17

Goals for these donations

Ideally, these donations would:

However, we see the above goals as ambitious and would not be surprised if GGW does not achieve them all, particularly #2, which may not be possible in the current environment.

We expect to have a conversation with GGW staff every 3-6 months for the next two years, with public notes if the conversation warrants it.

We expect to provide an update on these donations after one year either by publishing public notes or by producing a brief writeup. After the donations are spent down, we plan to attempt a more holistic and detailed evaluation of the donations’ performance.

We may abandon either or both of these follow-up expectations if land use reform ceases to be a major focus area of ours, or perform more follow-up than planned if the circumstances call for it.

We asked Steve Teles, a professor at Johns Hopkins University and a consultant for the Open Philanthropy Project, to explore possible giving opportunities in land use reform. During his research process, he spoke with David Alpert and Alpert articulated a vision for how GGW might be able to use additional funding.

Prior to deciding on these donations, Open Philanthropy Project staff had further conversations with Alpert, reviewed documents GGW prepared, and did some limited background research on GGW. In addition, staff communicated with Smart Growth America and other parties about the logistics of making these donations.

We shared a draft version of this page with GGW and Smart Growth America prior to the donations being finalized.

See our Land use reform shallow investigation, particularly footnote 23, which lists the organizations working in this space that we are aware of.