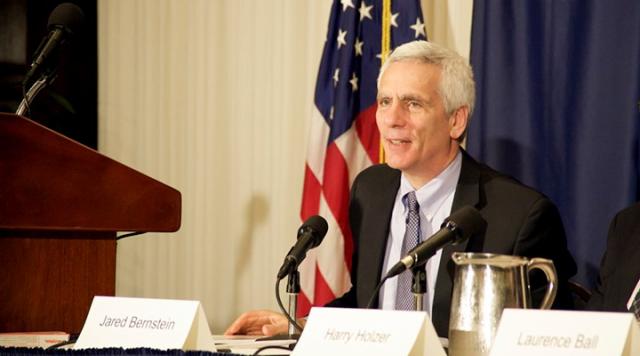 Center on Budget and Policy Priorities (CBPP) staff reviewed this page prior to publication.

A proposal submitted by the Center on Budget and Policy Priorities (CBPP) describes their Full Employment Project, which aims to reduce the adverse impacts of recessions and enhance job and wage growth by conducting research and advocating for better policy. The total project budget is $1,005,000 over 28 months, and CBPP is planning to approach two other funders for support.

We would guess that CBPP may be able to pursue the majority of the planned work in the absence of outside funding, so support for the project is likely to be at least somewhat fungible with CBPP general support. Although we have not investigated it exhaustively, we have a generally positive view of CBPP’s track record, and are interested in learning more about their approach and historical impact. In addition, we see macroeconomic policy as an important and relatively neglected area, and see this as a good opportunity to support additional attention to it, though estimating the expected value of the specific proposed work is extremely difficult. These considerations, in addition to the chance to explore research and advocacy around macroeconomic policy as a potential focus area, seem sufficient to justify a grant.

Based on these considerations, Good Ventures decided to grant $335,000 to the Center on Budget and Policy Priorities.

The Center on Budget and Policy Priorities (CBPP) submitted the following documents in association with this grant:

Notes from a conversation with Robert Greenstein and Jared Bernstein, June 27, 2014

Notes from a conversation with Robert Greenstein and Jared Bernstein, June 27, 2014