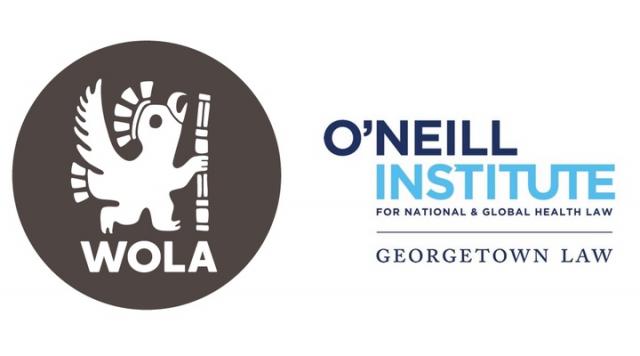 Staff at the O’Neill Institute for National and Global Health Law at Georgetown University and the Washington Office on Latin America (WOLA) reviewed this page prior to publication.

Cannabis legalization efforts are proceeding quickly,1 and we expect some form of legalization for recreational and/or medicinal purposes to occur in many more states and countries in the coming years. These ongoing legalization efforts may create opportunities to shape the path of legalization in the short term (e.g. by influencing ballot initiative language), and they may also have significant long-term effects due to path dependence (e.g., the emergence of commercial cannabis systems may be hard to reverse, or early state models may be adopted more widely). Our tentative guess is that effective regulation of legal recreational and medical cannabis could maximize related public health gains and prevent significant public health harms and costs that might come about in ineffectively regulated commercial markets.2

Based on these considerations, the Open Philanthropy Project asked Graham Boyd, a consultant who previously worked as an advisor on cannabis policy issues to the late philanthropist Peter Lewis, to seek out opportunities to mitigate potential negative public health consequences (and maximize potential public health benefits) of recreational cannabis legalization efforts. Boyd worked with the O’Neill Institute for National & Global Health Law at Georgetown University and the Washington Office on Latin America (WOLA) to develop a proposal for this project. We received permission to share the following key staff bios and a redacted version of the proposal that they submitted:3

The basic plan for the project is to consult with leading public health experts and key individuals involved in cannabis legalization initiatives to develop and disseminate a stronger understanding of what sorts of regulations might minimize adverse public health impacts and maximize public health gains from legalization and how those might be incorporated into legalization efforts.

We believe that the project will be able to secure extensive participation from public health leaders and the key individuals involved with legalization because of the connections and stature of WOLA, O’Neill, and Mr. Boyd.

Project staff told us that their goals are to:

Our understanding from WOLA and O’Neill staff is that there have been no previous concerted efforts to consult with public health experts and cannabis legalization advocates to develop and disseminate “best practices” for regulation, and that no other funders have expressed a particular interest to date in the nexus between public health and recreational cannabis legalization efforts. However, the American Civil Liberties Union (ACLU) of Washington State and WOLA recently hosted a workshop in Seattle and Spokane that brought together many of the relevant regulators and scholars to study the progress of legalization to date and to lay the groundwork for further evaluations. This suggests that there is at least some existing capacity devoted to advancing similar goals.

Based on these considerations, the Open Philanthropy Project decided to recommend a grant of $250,000 to Georgetown University to support a joint project on public health and cannabis regulation between the O’Neill Institute for National and Global Health Law at Georgetown University and the Washington Office on Latin America. We opted for $250,000 rather than the requested $326,000 because we would like to see the project solicit involvement from other funders, though if it is unable to find other funders, not all of the envisioned work may be completed.

At the end of the project, we expect to post an update on its outputs and anything we are able to learn about its impact.