Farm Animals at the Supreme Court

The US Supreme Court will soon consider the most important case for farm animals it’s ever heard. The case, National Pork Producers Council v. Ross, challenges just one portion of one state law: California’s ban on the sale of pork from the offspring of crated sows, part of the 2018 ballot measure Prop 12. But the case is about a much broader question: can states ban the sale of any animal products based on how they’re produced?

A bad ruling thus threatens not only Prop 12, but also every state ban on the sale of cruelly produced goods: from crated pork and caged eggs to fur, foie gras, and shark fins. The Court could set a precedent that wipes out the 20 or so state and local laws banning such cruelties — including eight banning the sale of caged eggs — and that prevents any new laws like them.

The animals start out down. The Supreme Court is picky, choosing just 100 or so cases each year from over 7,000 appeals to it. It typically only takes up a case like this when at least four of its nine justices want to overturn the lower court’s ruling. And the lower court upheld Prop 12.

The Court is now accepting briefs in the case; the pork producers submitted theirs on Friday. It will hear oral arguments in the case this October, and likely issue a ruling next summer. So what’s going on, what could happen, and what can you do about it? 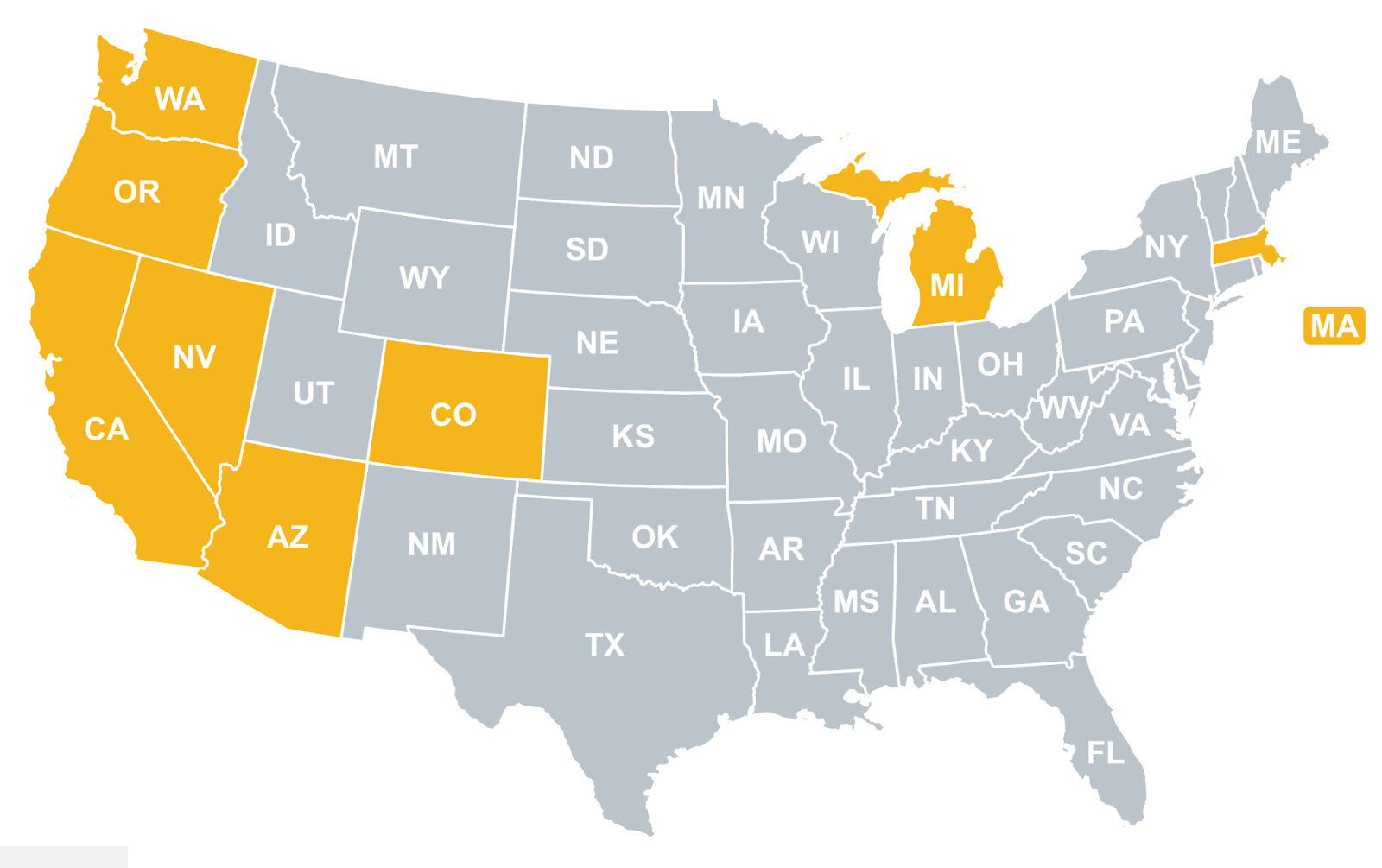 States that have enacted bans on the sale of caged eggs. Most are still to come into force over the next few years. Source.

What Happens in Iowa Stays in Iowa?

In 2018, Californians voted 63-37% to enact Prop 12, America’s strongest farm animal welfare law. (Thanks to the many of you who worked on and donated to the campaign!) Prop 12 banned cages and crates for pregnant sows, laying hens, and veal calves — and the sale of pork, eggs, and veal from animals kept in them.

That last part is key. California doesn’t farm many pigs; the roughly 10 million pigs producing pork for Californians are mostly confined in Midwestern states like Iowa. Prop 12 meant that if those farms wanted to sell to California, they had to remove their crates.

That bristled Iowa’s pork producers. They hate regulations (except for the ones governing farm subsidies and government pork buyouts). For years, their political champion, Rep. Steve King (R-IA), had tried to pass a federal law banning state laws like California’s. But he got turfed out of Congress for racist remarks. So the pork producers turned to the courts.

Big Pork sued California, claiming that Prop 12 is unconstitutional. Two lower courts ruled against them, relying partly on a prior ruling upholding California’s ban on the sale of foie gras.  But that precedent was from an intermediate appellate court. So Big Pork appealed to the one court who could overrule it: the Supreme Court. 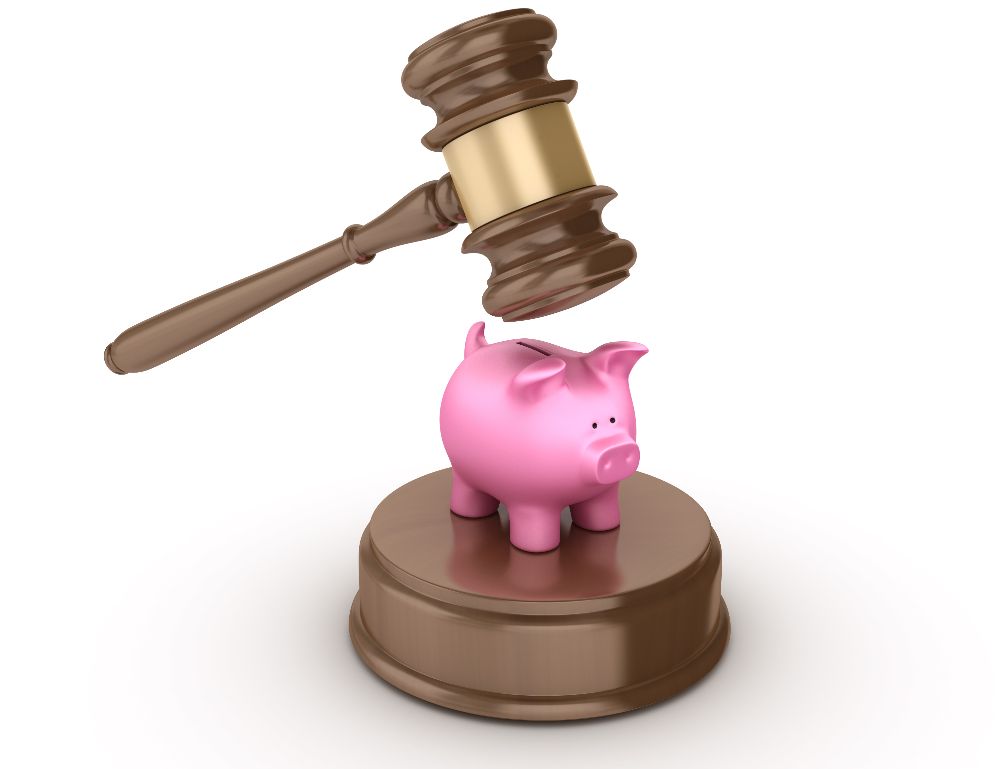 A visual approximation of what’s going on. Source: iStock (yes, I actually paid for this photo).

The legal question at stake is arcane: whether Prop 12 violates the Constitution’s dormant Commerce Clause, which prevents states from discriminating against out of state producers. Puppy millers, shark fin devotees, and foie gras aficionados have all cited the same constitutional clause to sue California over its bans on their products. (The foie gras lawyer memorably invoked Martin Niemöller in one such 2014 lawsuit, writing “first they came for the foie gras, and I said nothing…”) Federal courts rejected those challenges, but none reached the Supreme Court.

So this case could set new legal ground. At stake are not just animal welfare laws, but the broader principle of whether states can ban the sale of any products based on how they’re produced. A bad ruling could thus stop states from keeping out goods produced by forced labor or with large carbon footprints.

That scrambles the usual politics. Liberal justices will worry about those consequences. But they’ll also worry about undermining federal power, as they did when the Court last ruled on a farm animal welfare law. In that case, National Meat Association v. Harris (2011), liberal Justice Elena Kagan wrote the Court’s opinion that federal law preempted California’s ban on the slaughter of sick and dying pigs. It doesn’t help that the Biden Administration is currently on the side of the pork producers, thanks to a Trump Administration position that it’s yet to reverse. 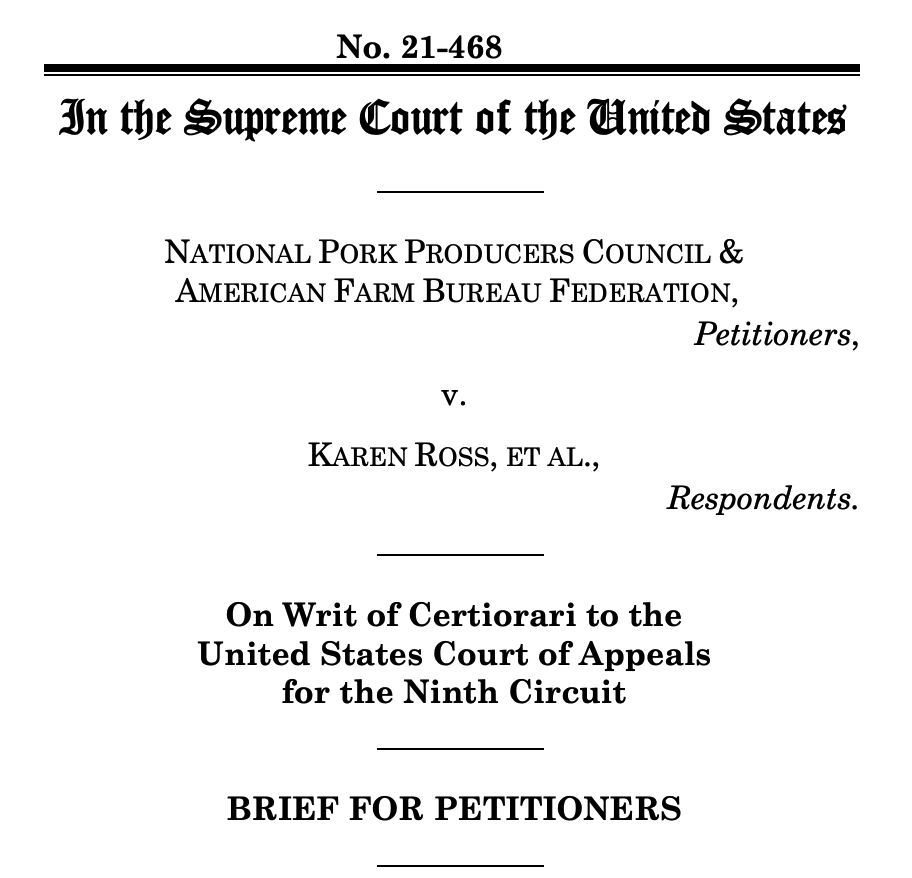 It looks so benign. The opening page of the brief pork producers filed with the Court on Friday. (Karen Ross is listed as the respondent because she’s Secretary of the California Department of Food and Agriculture.)

What can you do to help? American readers can ask the Biden Administration to reverse the Trump Administration’s position, and file a brief in support of Prop 12. You can ask your state’s attorney general to join a states’ brief in support of Prop 12, and not one in support of the pork producers. And you can help ensure that lawmakers, the public, and the media understand how much is at stake in the case. (The legal side of the animals’ case is already in very capable hands.)

International readers can help advance a similar principle in international trade law: the right of nations to ban the sale and import of cruelly produced goods. The World Trade Organization’s appellate body has already recognized that principle in EC—Seal Products (2014), in which it rejected a challenge by Canadian sealers to Europe’s ban on the sale of most seal fur. But nations continue to resist applying even basic animal welfare laws to imports. You can help push them to, especially in the European Union, which is considering a proposal to do so.

More broadly, we can all push for laws that cover not just the production but also the sale of cruelly produced goods. Without sales bans, factory farming will just be outsourced to states and nations without animal welfare laws, inciting a race to the bottom. Whatever the Court’s ruling, animals deserve better than that.