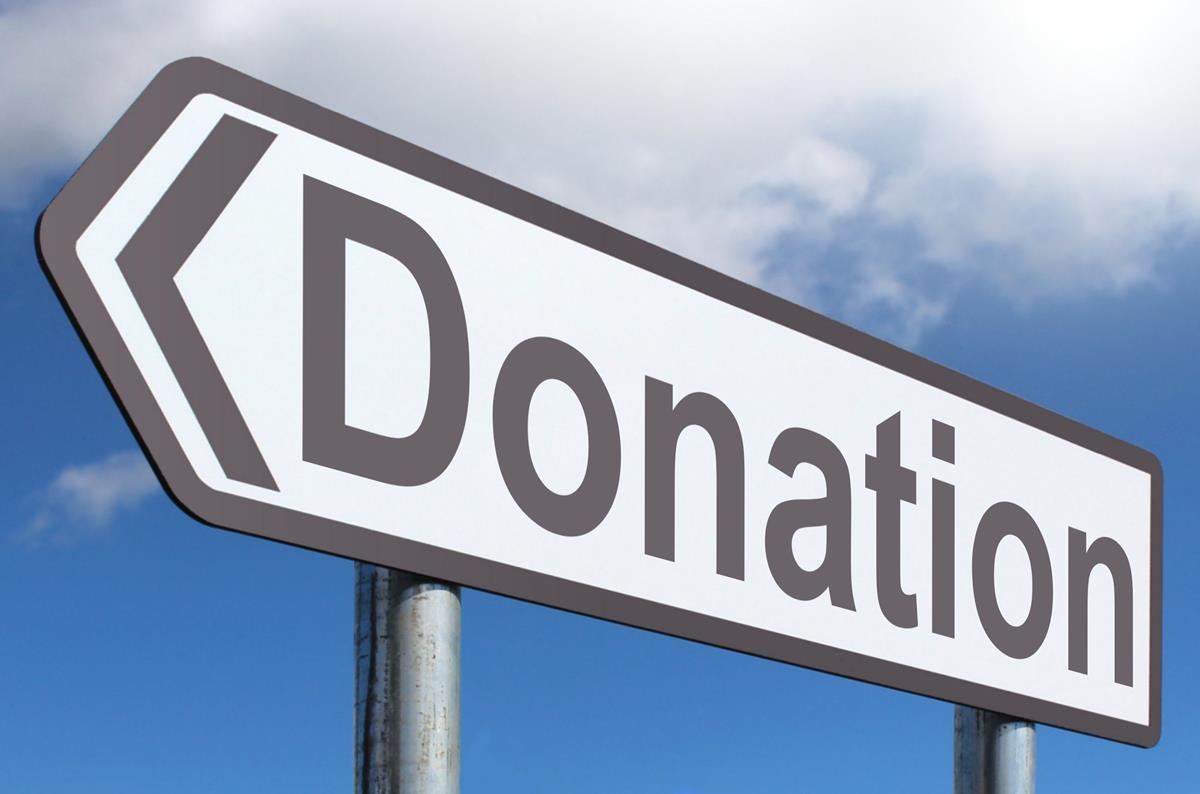 Last year, the year before, and the year before that, we published a set of suggestions for individual donors looking for organizations to support. This year, we are repeating the practice and publishing updated suggestions from Open Philanthropy Project staff who chose to provide them.

The same caveats as in previous years apply:

Suggestions are alphabetical by cause (with some assorted and “meta” suggestions last).

What is it? The National Council for Incarcerated and Formerly Incarcerated Women and Girls, led by Andrea James, seeks to end the incarceration of women and girls. They have a membership of roughly 5,000 women and girls (which they seek to grow), many of whom are affiliated with organizations and campaigns. The Council provides these members technical support, complex coalition building assistance, training, and other resources that assist local initiatives. The Council had its first national conference this year in Tulsa, OK, with roughly 400 people attending.

Why I suggest it: Focusing on women is a good leverage point: women comprise roughly 10% of all people in America who are in prison or jail on a given day, which is a small portion, but they are a very quickly growing portion. Due to the relatively small numbers, it could be possible to reduce the incarceration of women to extremely low levels state by state (some states have only one prison in the state). Making that kind of progress in the area of women may positively impact the overall work to reduce incarceration in America, by showing how much change is possible.

This is an overlooked area: Very little funding has gone specifically to reduce the incarceration of women and girls in the past. Each marginal dollar at this stage makes a large difference in this sub-cause area. Moreover, because the National Council is a relatively small-budget organization, which makes sub-grants to organizations with even smaller budgets, even small contributions can have an impact.

I am particularly confident in the strength of Andrea’s leadership and the power of the community she is building through the Council. It is unusual to find an organization that is on track to achieve national impact where small gifts can make a difference; I think the National Council is one such group.

Why we haven’t fully funded it: Open Philanthropy wants to encourage other funders to support the National Council so that the organization is not overly dependent on us for funding. In 2018, we provided more than 50% of this organization’s budget.

For donations larger than $5,000, please email [email protected] to be put in contact with organizational staff.

What is it? The Texas Organizing Project is a multi-issue basebuilding group that started in Houston, and has grown to include Dallas and San Antonio. It does non-profit and electoral work through different arms. Since 2016, TOP has focused intensively on criminal justice reform as a top issue of concern to its membership base, and has engaged intensively in both electoral and accountability work for prosecutors in their main jurisdictions.

Why I suggest it: Unusual opportunity for impact: Four of the top seven counties in the country by prison admissions are in Texas: Houston, Dallas, Bexar (San Antonio), and Tarrant (Fort Worth). In the past two years, TOP has played a major role in electing new, forward-thinking prosecutors (DAs) in the first three of these counties. This is a significant opportunity to transform the lives of people in these cities and, by extension, national incarceration numbers (since the volume of cases is so high, what happens in these counties impacts the country).

Unusually strong organization: TOP is a sophisticated organization that has a track record of being accountable to its base, following through on its commitments, and aggressively pursuing impact. Moreover, TOP has the strong leadership, good strategic vision, discipline, and organizing chops needed to coherently organize community justice reform demands and push newly elected prosecutors and other county officials to meet those demands.

Why we haven’t fully funded it: Open Philanthropy wants to encourage other funders to support TOP so that the organization is not overly dependent on us for funding. In 2018, we provided more than 50% of this organization’s criminal justice reform budget.

For gifts over $5,000, email [email protected] to be connected to the organizational staff.

What is it? The EA Animal Welfare Fund, which Lewis chairs alongside three other fund managers, seeks to identify and fund the most promising neglected opportunities to reduce animal suffering. These typically end up being smaller groups in neglected nations (e.g. Bangladesh, China, Indonesia, Japan, Philippines) or on neglected topics (e.g. EA animal advocacy research, wild animal welfare).

Why we recommend it: The EA Fund is a simple way to support a more diverse portfolio of groups than you could easily support directly. Past rounds of re-grants (e.g. here, here, and here) have supported 38 projects across 20 countries. Because the fund is disbursed by four managers who work close to full-time in this space, it can draw on their knowledge of new opportunities and information about existing groups you may not be aware of. (Of course, there’s a converse risk that this cements groupthink within the movement, so if you have independent views on what works — or are aware of other unique opportunities — you may not want to support the fund.)

Why we haven’t fully funded it: Open Phil typically makes grants directly, rather than via an intermediary like the EA Fund, which is better suited to individual donors.

How to donate: You can donate online here.

What is it? The Humane League (THL) campaigns globally to ban the most extreme forms of factory farming cruelty and to build a vibrant farm animal movement.

Why we recommend it: THL has played the biggest role of any group in securing more than 1,000 corporate animal welfare pledges that advocates have achieved globally over the last five years. It has directly won pledges via hard-hitting US corporate campaigns to eliminate battery cages and the worst abuses of broiler chickens from their supply chains. And it has contributed to international victories via its Open Wing Alliance, which supports a coalition of 58 groups around the world to secure pledges from Brazil to Poland. We’ve also been consistently impressed by THL’s focus on building a vibrant farm animal movement, through recruiting and retaining talented staff, supporting grassroots activism, and working closely with other groups.

Why we haven’t fully funded it: We recently made a $10M grant over 3.5 years to The Humane League. We didn’t fully fund THL’s room for more funding because we don’t like to be too significant a portion of a group’s budget.

How to donate: You can donate online here.

What is it? The Center for Global Development (CGD) is a think tank based in Washington, D.C. that conducts research on and promotes improvements to rich-world policies that affect the global poor.

Why I suggest it: I see CGD as the leading U.S. think tank focused on global development and as being unusually well-aligned with Open Phil’s values around the importance of evidence-based policy and cost-effectiveness (as well as, obviously, placing great weight on the prospects of the global poor). I think it has an unusually strong track record of impact, likely justifying its historical budget many times over. In a 2017 conversation, CGD COO Amanda Glassman reported that CGD’s unrestricted funding had grown from ~20% to ~33%, but that they’d like to reach 40% unrestricted and currently only raise 2% of their operating budget from individuals. I don’t have a clear sense of what impact marginal funding is likely to have but see CGD as generally very worthy of support.

Why we haven’t fully funded it: We gave CGD $1M/year for 3 years in February 2016, and are in the process of considering renewal; we also fund their migration program specifically. With general operating support for a mature institution like CGD, we don’t see a particularly obvious point of declining returns, though it is likely that at some point it would begin to save resources for the indefinite future rather than spending more reasonably soon. However, in the long run, we would guess that CGD benefits from having a diverse base of donors, and we would prefer not to provide so much support that CGD might become reliant on us.

How to donate: Donate here.

What is it? The International Refugee Assistance Project is a legal advocacy organization that works to ensure safe resettlement options for refugees.

Why I suggest it: I think IRAP has been an effective advocate for expanding various legal channels for refugee resettlement to the United States, most notably in championing the special immigration visa for Iraqis and Afghans who worked with the U.S. military. They also played a key role in causing the protests against the new administration’s travel ban at U.S. airports in early 2017, and have had a number of recent successes with litigation. They have grown rapidly over the past few years, from a ~$1.6M budget in 2016 to ~$4.5M in 2018, but have continued to achieve policy victories that seem commensurate with their new scale and to suggest that ongoing growth is warranted. My understanding is that expanding their model to Europe, which strikes me as a promising opportunity, is one of several potential priorities for marginal funds. I don’t know of any other group that I regard as similarly promising in terms of cost-effectively expanding opportunities for people from low-income countries to be able to safely move to high-income countries.

Why we haven’t fully funded it: We gave IRAP $700K of general operating support over two years in 2016 and anticipate recommending another $1M over two years when they complete their spin out from the Urban Justice Center (their fiscal sponsor). However, we’re especially uncertain about the amount of funding we’ll dedicate to our immigration policy program in the long run, and are accordingly reticent for IRAP to become too dependent on our funding.

How to donate: Donate here.

Within the domains I understand best (transformative AI safety and strategy, effective altruism community-building, and improving institutional decision-making), several of the best funding opportunities I’ve seen in previous years now have less room for more funding than was previously the case, in part due to receiving funding from Open Philanthropy.

As a result, my personal donation strategy is to fund a mix of the following:

My hope is that, as the effective altruism community’s stock of well-trained grant investigators (at Open Philanthropy and elsewhere) begins to “catch up” to the amount of available funding (from Open Philanthropy and others), even better funding opportunities will be identified. I am confident that better funding opportunities for individual donors exist, but for the most part, I do not have the time to identify and vet them. That said, for a variety of reasons I prefer to donate at least once per year rather than hold my money for future opportunities. If you have similar views and values to me, and want to donate soon rather than hold your funding, you might want to follow the strategy outlined above.