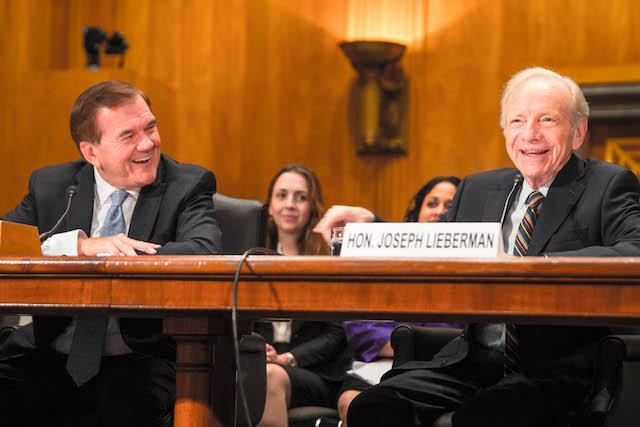 We decided to write about this grant in some detail because it is one of our first major grants in the area of biosecurity and pandemic preparedness. This page is a summary of the reasoning behind our decision to recommend the grant; it was reviewed but not written by the grant investigator.

Blue Ribbon Study Panel on Biodefense staff reviewed this page prior to publication.

In April 2015, the Open Philanthropy Project recommended a grant of $300,000 to the Blue Ribbon Study Panel on Biodefense (abbreviated as “the Study Panel”), which advocates for improvements to U.S. biodefense policy, to support its initial activities. We have decided to renew our support for the Study Panel with a grant of $1,300,000 via Potomac Institute for Policy Studies to enable it to continue its efforts through the end of 2017.

This grant falls within our work on biosecurity and pandemic preparedness, one of our focus areas within global catastrophic risks. On the page describing our previous grant to the Study Panel, we described this focus area as follows:

We see the biosecurity and pandemic preparedness space as being characterized by:1

Despite the size of the space there seems to be relatively little funding outside of government for analysis and other efforts to improve biosecurity policy. Therefore, we believe there is an opportunity for additional philanthropy to leverage public funding and improve preparedness.

In April 2015, we made a grant to the Study Panel to support its initial activities, which included:

We were generally pleased with the Study Panel’s execution of this work, and its reception among relevant policymakers (more below).

This grant will provide general operating support to enable the Study Panel to continue its efforts to improve U.S. biodefense policy, including implementation of its recommendations. The Study Panel plans to identify three to five of the 33 recommendations it made in its 2015 report as focus areas for the next phase of its advocacy work. We think this is a reasonable strategy, and we believe this grant will provide the Study Panel with an opportunity to build on the momentum of its previous work.

The Study Panel plans to use this grant to fund the following activities:

The Study Panel’s phase-1 work had a budget of $600,000. The budget for its second phase has grown due to an increase in project length and scaled-up efforts in this second phase. The notional budget for the next phase covers the following:

We decided to make this grant for several reasons:

Since the Study Panel will not select its short list of focus areas until after this grant has been awarded, our primary concern is that we do not know how well its prioritized recommendations will align with Open Philanthropy Project priorities. However, we are actively excited about most of the 33 recommendations in the 2015 report, so we think it is unlikely that the Study Panel will choose to focus exclusively on areas that are lowest priority for us.

To judge the extent to which this grant has succeeded within the next couple of years, we will likely focus on the following types of questions:

Jaime Yassif, our Program Officer for Biosecurity and Pandemic Preparedness, had three phone conversations with Study Panel staff, reviewed the Study Panel’s 2015 report, and evaluated the policy impact of the Study Panel’s phase-1 activities using materials provided by its staff.