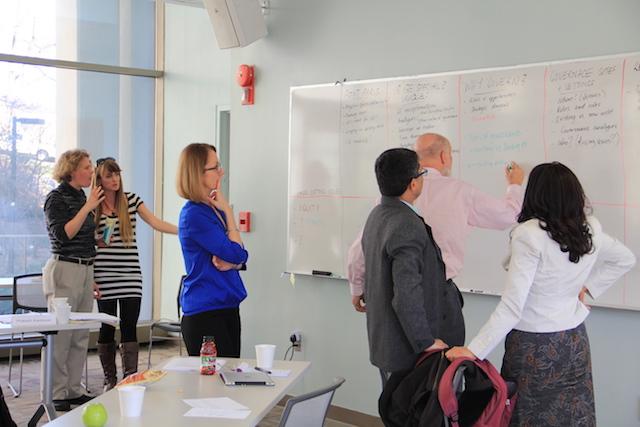 Forum for Climate Engineering Assessment staff reviewed this page prior to publication.

The Open Philanthropy Project recommended a grant of $76,234 to the Forum for Climate Engineering Assessment (FCEA) to fund a convening of its academic working group on climate engineering governance.

This grant falls within our work on governance of solar radiation management (a form of geoengineering, also called climate engineering), which has been an area of interest for us within global catastrophic risks (though not one of our primary focus areas).

Last year, we made a grant to the Solar Radiation Management Governance Initiative (SRMGI), the only group we are aware of, besides FCEA, that is actively working on building capacity around governance of geoengineering.

FCEA is a group based at American University that works on governance of climate engineering. It has assembled a working group on governance of climate engineering1 that includes academics from various fields and countries (primarily the U.S., but also the Netherlands, Brazil, China, and Germany). The first convening of this working group was held in March, and FCEA plans to hold a second in September. This grant is intended to fund a third meeting, which FCEA plans to hold in early 2017.

As an organization, FCEA does not definitively support or oppose the use of climate engineering technology. Its aim instead is to increase and improve conversation around the issue. On its website, FCEA states that its “public outreach efforts are guided by the observation that, to date, the conversation about climate engineering’s development, deployment, and implications has been confined to a relatively narrow set of voices. Our goal is to generate space for perspectives from civil society actors and the wider public, to produce a heightened level of engagement around issues of justice, agency, and inclusion.”2

FCEA plans for its 2017 working group meeting to focus on discovering potential lessons from the governance of other emerging technologies that could be applied to climate engineering. Dr. Simon Nicholson (FCEA’s Co-Executive Director) told us that the main fields that FCEA would like to have represented at the conference are biotechnology, artificial intelligence, nuclear weapons, and nanotechnology.

Two potential risks of work on geoengineering that we have seen discussed in the field are:

Overall, we do not believe that building geoengineering governance capacity (as distinct from supporting scientific research into geoengineering) is likely to significantly affect either of the above risks.

In general, we believe there is a significant chance that supporting a convening of a working group will not end up significantly affecting the broader field. We see this as a risk inherent to this type of diffuse, non-directed field-building work.

We also believe that grantmaking in this area carries some risk to our reputation, as we discussed in our write-up of our grant to SRMGI:

In addition, we are aware that both geoengineering broadly and SRM specifically are controversial topics. We see some risk that any involvement with these fields may cause reputational damage to the Open Philanthropy Project, even in cases (such as this grant) where we do not intend to show support for the underlying technology. This risk is not specific to this grant.

One role that we believe philanthropy is particularly well-suited to play is helping to position groups and individuals to examine problems and discuss potential solutions before those problems become urgent. We hope that this FCEA convening will serve as part of a gradual process by which discussing and considering climate engineering becomes more accepted, making it more likely that the global community will have an in-depth understanding of technological options and risks in the event that climate engineering is seriously considered as an approach to reducing harms from climate change at some point in the future.

In concrete terms, we hope to support a well-run conference on the topic of governance of emerging technologies. We hope that FCEA will share any ideas or conclusions that the conference produces in some form.

We expect to have a conversation with FCEA staff after the 2017 conference, with public notes if the conversation warrants it. We also plan to attempt a more holistic and detailed evaluation of the grant’s performance (based in part on our own impressions of the conference, if we are able to attend).

We first had contact with FCEA in mid-2015, while working on our shallow investigation of SRMGI. Dr. Nicholson approached us in early 2016 to ask us to consider funding this convening.