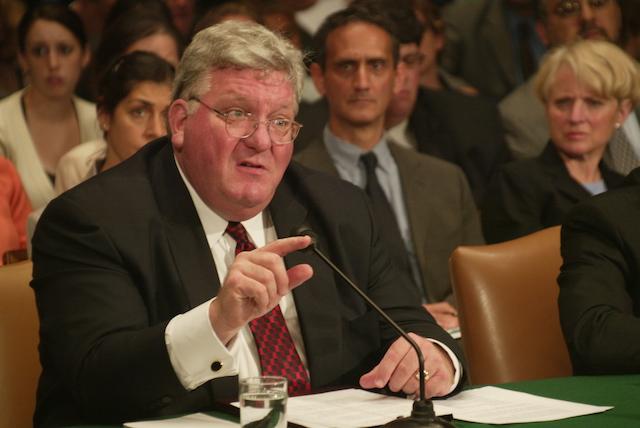 Center for Criminal Justice Reform staff reviewed this page prior to publication.

The Open Philanthropy Project recommended a grant of $200,000 to the Center for Criminal Justice Reform (CCJR) via the American Conservative Union Foundation to support Pat Nolan’s work on criminal justice reform.

One of our goals in this area is to help build new political constituencies that advocate for criminal justice reform, while also strengthening existing constituencies. We believe that increasing Pat Nolan’s ability to coordinate conservative voices that favor reform and to communicate about these issues with the conservative base might help increase Republican support and energy for criminal justice reform.

This grant falls within our work on criminal justice reform, one of our focus areas within U.S. policy.

Mr. Nolan appears to us to have played a valuable role over the past several years in organizing a coalition of conservative leaders committed to supporting criminal justice reform. His approach and success are described in a recent New Yorker article,1 and his work was highlighted in a 2012 Washington Monthly article.2

Currently, Mr. Nolan’s capacity is somewhat limited; he does not have personal staff, and does not have enough time to personally engage with all potential opportunities.

To help address this, Mr. Nolan plans to hire a staff person to:

Particularly among political conservatives working in this space, Mr. Nolan stands out to us as likely worthwhile to support. Our impression is that Mr. Nolan has been a central actor in building bipartisan consensus on criminal justice reform, and we believe he is particularly well positioned to continue to move bipartisan reform efforts forward. We believe that increasing calls for reform from conservative voices has a reasonable chance of helping get policy reforms enacted at the state and federal levels.

A potential risk that we see for this grant is that CCJR may devote too much of its time to work on reforms (for instance, mens rea reform) that are popular with the conservative base but are unlikely, in our view, to have a significant impact on incarceration.

We also see some risk stemming from the fact that this grant is being made through the American Conservative Union (ACU),4 an organization that we understand to hold views with which we disagree in some areas other than criminal justice reform. However, Mr. Nolan has told us that his activities and resources under CCJR are managed highly independently from the rest of ACU.

Finally, it may be difficult for us to assess what impact this grant has relative to the baseline scenario of Mr. Nolan not bringing on an assistant. Given Mr. Nolan’s previous work and expertise in this area, we are inclined to trust his assessment that his current limited capacity is resulting in missed opportunities. We are making this grant to give him more resources with the intention of assessing whether this ends up resulting in a substantial increase in his capacity to affect reform efforts.

We do not believe these risks outweigh the potential benefits of supporting Mr. Nolan’s work.

We expect to be in contact with Mr. Nolan regularly over the course of the grant, with a formal follow-up after six months to get an update on CCJR’s activities, and a second follow-up at the one-year mark to try to assess whether CCJR has had an impact on federal sentencing reform. Towards the end of the grant, we plan to attempt a more holistic and detailed evaluation of the grant’s performance.

Chloe Cockburn, our Program Officer for Criminal Justice Reform, was aware of Pat Nolan’s work before joining Open Philanthropy. In the fall of 2015, Chloe reached out to Mr. Nolan to solicit a proposal for activities that he might pursue with more resources.