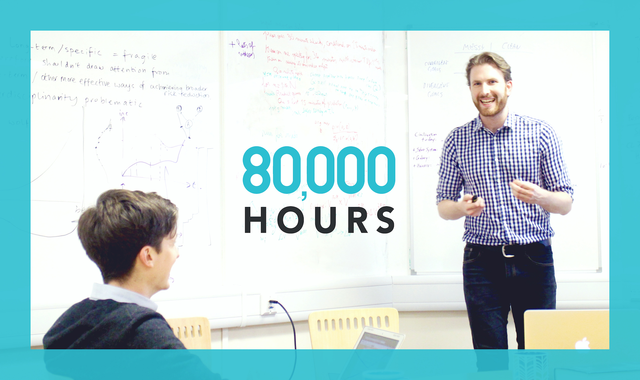 This page was reviewed but not written by the grant investigator. 80,000 Hours staff also reviewed this page prior to publication.

The Open Philanthropy Project recommended a grant of $1,125,000 to 80,000 Hours for general support. 80,000 Hours provides free career advice on its website and in-person, targeted at talented young people who want to use their careers for social impact. It plans to use this grant to hire several new staff, increase staff salaries, and expand its marketing.

This is one of a small number of grants we are recommending to support organizations focused on expanding and supporting the effective altruism (EA) community. More on our interest in this space here.

80,000 Hours plans to use the grant to fund the following activities:

We expect to recommend another grant to 80,000 Hours at the beginning of 2018, with the amount recommended being whichever of the following is smallest:

We roughly estimate that this will result in a recommendation of between $750,000 and $1.25 million.

We believe that 80,000 Hours has a good track record of causing people to change their career plans. As of the end of November 2016, it reports about 1,500 “impact-adjusted significant plan changes” (IASPCs) since it was founded in 2011, with about 900 of those occurring in 2016.1 We believe that a significant portion of the total IASPCs resulted from each of the following:

There is also a significant portion of IASPCs for which we are unsure which of the above was the main cause.

80,000 Hours designed “1 IASPC” to be about as valuable in expectation as a Giving What We Can pledge2 (though the benefits are more varied and are less donation-centric). Plan changes that it judges as substantially more or less valuable than this are rated as 0.1s or 10s. (More about this weighting system here.3) 80,000 Hours staff have told us that it has, as a historical average, spent about £472 per IASPC.4 Nick Beckstead, who led our investigation for this grant (“Nick” throughout this page), is fairly confident that at least half of the IASPCs are meaningful and valuable; of those that seem meaningful and valuable, he assigns weightings fairly similar to 80,000 Hours for most of the 1-rated plan changes (though in general he’d rate the 10s as somewhat more valuable and the 0.1s as somewhat less valuable). Nick is unsure how 80,000 Hours’ expected marginal cost per unit impact going forward compares with its historical average, but thinks it has a favorable expected return.

We arrived at these conclusions primarily through a combination of: following 80,000 Hours’ work for several years, prior knowledge of the effective altruism community, spot-checking documents provided by 80,000 Hours on plan changes it attributes to its work, and discussing 80,000 Hours’ mechanism of impact with its CEO.

Some of the documents that 80,000 Hours has shared with us and published on its website5 seem “salesy” to us and to create an impression of more impact being attributable to 80,000 Hours than we believe is reasonable. These documents also do not cleanly distinguish between the different ways in which 80,000 Hours influences people’s career plans, and many of its most significant successes seem to us to have come from networking efforts that we think are unlikely to be scalable. It also seems to us that 80,000 Hours has understated the role that other parts of the effective altruism community have played (or likely would have played, albeit somewhat later, in 80,000 Hours’ absence) in bringing these changes about. Despite these reservations, we do think 80,000 Hours’ efforts are overall likely to be valuable and cost-effective.

Key questions that we intend to ask when following up on 80,000 Hours’ progress include:

For this grant, we are recording the following forecasts (though note that these forecasts are rougher than usual):