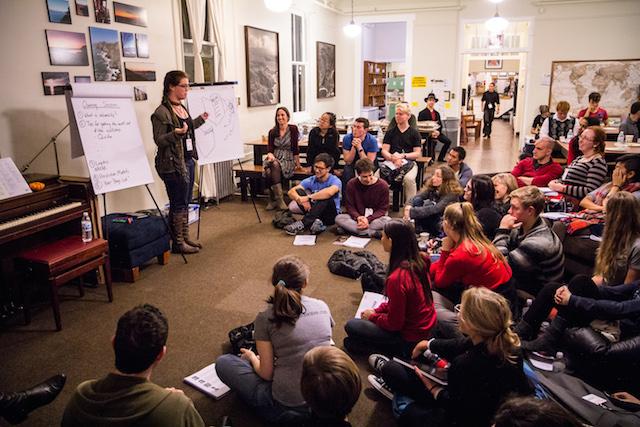 We decided to write about this grant in order to share our thinking about this grantee, as many of our supporters are familiar with the organization. This page is a summary of the reasoning behind our decision to recommend the grant; it was not written by the grant investigator(s).

Center for Applied Rationality staff reviewed this page prior to publication.

The Open Philanthropy Project recommended a grant of $1,035,000 over two years to the Center for Applied Rationality (CFAR).

CFAR is an organization that runs workshops aimed at helping participants avoid known cognitive biases, form better mental habits, and thereby make better decisions. Our primary interest in these workshops is that we believe they introduce people to and/or strengthen their connections with the effective altruism (EA) community. CFAR is particularly interested in growing the talent pipeline for work on potential risks from advanced artificial intelligence (AI). More on our interest in supporting work along these lines is here.

$915,000 of this grant will support CFAR workshops and organizational improvements. $120,000 of this grant will fund a pilot version of EuroSPARC, an eight-day summer program in Europe run by CFAR for mathematically gifted high school students, modeled on the San Francisco-based Summer Program in Applied Rationality and Cognition (SPARC), which CFAR has helped run for the past three years. The Open Philanthropy Project previously made a separate grant to support SPARC’s operations in the U.S.

Based on discussions with CFAR staff and others connected to the organization, our impression is that CFAR’s management and operations are below the standards that we normally expect from our grantees. Despite that, we decided to make this grant primarily on the following grounds:

This grant is one of a small number of grants we are making in 2016 to support organizations focused on expanding and supporting the effective altruism (EA) community. More on our interest in this space here.

The bulk of this grant is intended to allow CFAR to fund a variety of things related to organizational development, specifically:

CFAR also plans to use part of this grant to fund workshops aimed at introducing participants to EA, CFAR’s approaches to making better decisions, and the associated communities, with the goal that some participants will make career plan changes in order to increase the chance that they can have a large positive impact on the world. This could include deciding to work at organizations that focus on global catastrophic risk reduction, work for EA organizations, or work on other projects, for example as scientists or entrepreneurs.

We believe that this kind of pipeline-building work has the potential to be very beneficial, and we believe it is plausible that CFAR’s workshops are effective at it. Some examples of cases which we believe plausibly demonstrate this:

The EuroSPARC portion of this grant will be used to cover program and travel expenses for 10 instructors and roughly 20 students for the eight-day EuroSPARC program this summer. The program will be free for participants and provide need-based travel support. Funds will also be used to compensate instructors for their time (including planning and preparation), and a portion of the budget is set aside to cover unanticipated expenses or otherwise go towards general support for CFAR.

CFAR plans to spend our two-year grant roughly as follows:

Our understanding is that CFAR is unlikely to receive funding at this scale to implement organizational improvements from other donors, and that EuroSPARC would be unlikely to go ahead this year without our support.

Our impression is that CFAR has been relatively poorly funded in comparison with many other organizations in the EA community; for example, its 2015 winter fundraiser went relatively poorly and left it with a very small amount of reserves.

Our primary reservations about this grant are around CFAR’s strength as an organization. We have some doubts about CFAR’s management and operations, and we see CFAR as having made only limited improvements over the last two years, with the possible exception of running the MIRI Summer Fellows Program5 in 2015, which we understand to have been relatively successful at recruiting staff for MIRI.

We see a need for more people with experience in AI or machine learning to become involved with work on potential risks from advanced AI. However, we believe there is some risk that CFAR might end up mainly attracting people without such a background, and we are highly uncertain about the value of this.

By the end of the first year of this grant, we hope to observe:

In deciding whether to renew our grant at that point, we plan to assess whether CFAR has achieved a number of milestones that it set out,6 including:

If CFAR has improved in these ways, we are likely to renew our grant for additional years and would consider supporting CFAR to scale up its operations.

We may also decide to continue our support if, alternatively, CFAR has other unanticipated achievements that we see as highly impactful.

While investigating this grant, we had several conversations with Anna Salamon, as well as with various other contacts of ours in the EA community. Nick Beckstead was the primary investigator for this grant.

We are currently considering grants to some other organizations focused on effective altruism (more). The order and amounts of grants we make in this area will depend on a number of factors, including the order in which grants are considered and the timelines by which potential grantees need funding decisions. So we would encourage readers not to use our decision to make this grant (in isolation) to draw strong conclusions about the Open Philanthropy Project’s views and priorities regarding other organizations working in the area.