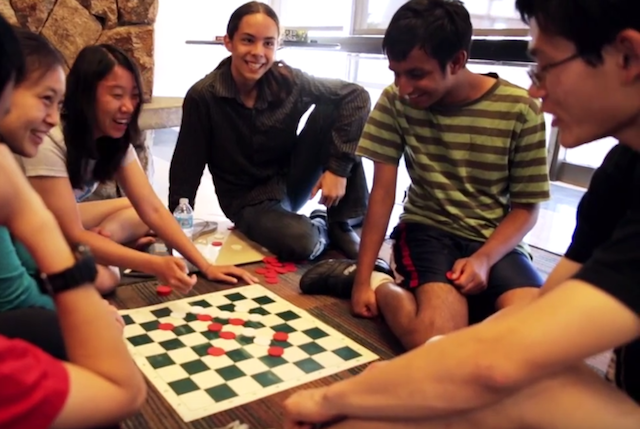 SPARC staff reviewed this page prior to publication.

SPARC is a two-week summer program for high school students. Students selected to participate in the program typically show exceptional ability in mathematics, with many scoring highly among US participants in national or international math competitions.

Our decision to recommend this grant is based in large part on our positive opinions of several SPARC instructors, and on our positive impression of the program as a whole. We expect that this program will expand the horizons of some students with extremely high potential and, hopefully, increase their positive impact on the world. We are especially interested in the possibility that participation in SPARC leads to greater awareness of effective altruism and issues important to the effective altruism community, including potential risks from advanced artificial intelligence. We also expect that this grant will allow the people who currently attend to SPARC’s logistical needs - several of whom we believe do important other work - to spend more time on other projects.

This is one of a small number of grants that we expect to make in 2016 to support organizations within the effective altruism (EA) community, as we wrote in our plan for 2016.

The Summer Program in Applied Rationality and Cognition (SPARC) is fiscally sponsored by the Center for Applied Rationality (CFAR). SPARC has existed for three years and currently has no full-time dedicated staff. Key people involved in running the program include:

With the exception of Anna Salamon, none of these individuals are compensated for their work on SPARC. Ms. Salamon’s primary responsibility is CFAR rather than SPARC in particular, and our understanding is that she does not spend much more time on SPARC than the other instructors, who serve on a volunteer basis.

SPARC’s total budget was approximately $90,000 in 2015.1 This grant will allow it to cover alumni events, travel reimbursement, unexpected contingencies, and some of the expenses associated with hiring a full-time logistics manager, as well as half of the salary and benefits for the new logistics manager, with the other half paid out of CFAR’s general budget. Our understanding is that the two years of support provided by this grant will be sufficient to enable SPARC to hire the new logistics manager and that a third year of support would not materially affect SPARC’s planning.

SPARC currently does not have a reserve fund of any kind. It is our understanding that this level of support will enable SPARC to hold in reserve donations from corporate sponsors, which it estimates will be in the low tens of thousands of dollars per year. It will also receive approximately $30,000 in both 2016 and 2017 from the Future of Life Institute (FLI) as part of a three-year grant FLI made to SPARC in 2015.2

SPARC has received some limited corporate funding in the past. Jacob Steinhardt leads SPARC’s corporate fundraising efforts. Mr. Steinhardt told us that, without our support, SPARC would not be able to pay for 50% of the expenses associated with a full-time logistics manager and that he would need to spend additional time fundraising to secure funding from other corporate sponsors to cover other costs, and would potentially not succeed in raising sufficient funding.

SPARC has only existed for three years, and the students who participate are in high school, which makes it difficult for us to assess its impact to date. Nonetheless, based on our positive impressions of the instructors and on conversations with contacts of ours who are familiar with the camp, we believe the program is strong, with the potential to have a substantial impact. It is clear to us, based on the background of students accepted to the program in previous years, that SPARC attracts unusually talented students. In addition, we think very highly of several of the instructors who work at SPARC, some of whom also show strong interest in effective altruism. For these reasons, we think it is reasonable to expect that helping SPARC grow into a stronger program could lead to increased interest in effective altruism, and therefore in causes we are likely to support, among some of the most mathematically talented young people in the US.

We have several goals for this grant:

We intend to follow up with SPARC about a number of key questions after the grant is made:

Nick Beckstead, our Program Officer for Scientific Research, spoke with members of SPARC’s staff regarding its program, finances, and future plans.