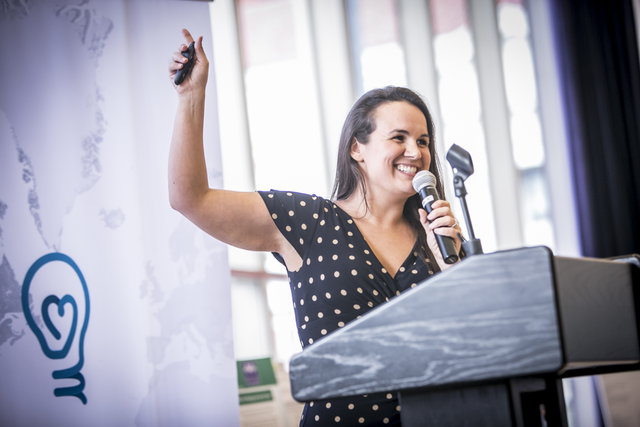 This page was reviewed but not written by the grant investigator. CEA staff also reviewed this page prior to publication.

The Open Philanthropy Project recommended a grant of $2.5 million to the Centre for Effective Altruism (CEA) for general support. CEA is a central organization within the effective altruism (EA) community that we believe has a good track record of helping the community grow. This grant will allow CEA to expand several of its key activities.

This grant falls under our work aimed at growing and empowering the effective altruism (EA) community.

We believe that CEA has a good track record of helping the effective altruism community grow, and its leadership appears to be fairly value-aligned with us in terms of this goal. Impacts of CEA that we see as particularly valuable include:

We believe CEA has achieved these outcomes at a relatively low cost per unit and that the influence is likely to be substantially positive (see our discussion of CEA’s cost-effectiveness below).

CEA currently has a funding gap, and CEA’s proposed uses of additional funds seem valuable to us. Most of CEA’s other funders are individual donors who we expect are fairly value-aligned with Open Philanthropy (and so we are less concerned than usual about the chance that our funding will be fungible with theirs).

If we renew our grant for $2.5 million next year (see below), our funding will in total increase CEA’s 2017 budget by $1.25 million and its 2018 budget by $1.875 million, with the remaining $1.875 million partly offsetting reduced fundraising from other donors, and partly increasing CEA’s reserves for 2019.

Our funding will be used primarily to allow CEA to hire new staff; increase staff salaries (from what we see as previously low levels); provide additional support to local EA groups; increase its budget for EA Global and EAGx events (conferences about EA); and partially fund EA Grants2.

We consider CEA’s past activities to have been likely quite cost-effective, though we do not think all of CEA’s impact is easy to quantify. Some of the more quantifiable aspects of CEA’s impact include:

CEA has achieved the above outcomes while spending less than $5 million in total over its history. Nick Beckstead, who leads our grantmaking in this area (“Nick” throughout this page), believes that, so far, a large majority of these funds and this talent has been focused on substantially more impactful projects than they otherwise would be, and that this is likely to be the case in the future. Nick’s opinion is based on a combination of (i) survey data from GWWC pledge-takers on what they otherwise would have spent money on, (ii) conversations with people who have joined the EA community and started working on relevant projects, and (iii) a priors-based assumption that if thoughtful and well-intentioned people change their choices as a consequence of interaction with reasonable arguments – which Nick takes these changes to be – that’s likely to be good in expectation.

The main questions we plan to follow up on are:

Questions about EA Global that we may follow up on include:

We plan to renew this grant for between $1.25 million and $2.5 million next year depending on the outcomes of the various projects CEA plans to try out this year, and at a level consistent with our funding being less than 50% of CEA’s total budget. Nick plans to make a recommendation on this point around mid-November 2017. For the duration of our support of CEA, we plan to produce a significant update and choose whether and at what level to renew our funding once per year.

Predictions relevant to the grant

Given that we think GWWC pledges account for a significant portion of CEA’s impact, we have tried to predict the likely number of pledges that will be made over the course of our grant. Nick’s probability distribution for the total number of GWWC members on January 1, 2018, is:6