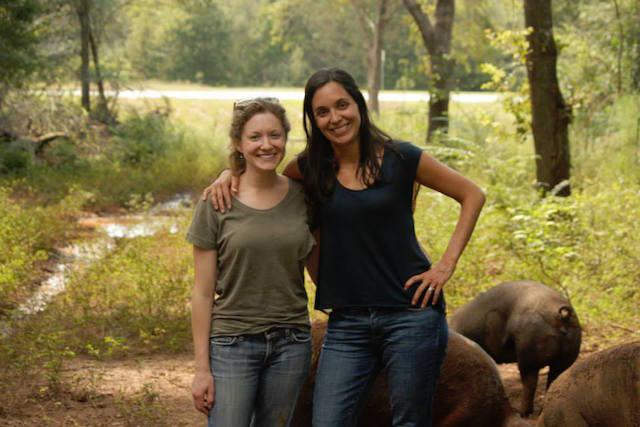 Compassion in World Farming USA staff reviewed this page prior to publication.

The Open Philanthropy Project recommended a grant of $550,000 over two years to Compassion in World Farming USA (CIWF USA) for general support.

CIWF USA is a farm animal welfare organization that shares our belief that incremental reform through corporate campaigns is one of the most likely paths to reducing farm animal suffering in the U.S. CIWF USA’s work focuses on two issues that we believe are likely to account for the majority of terrestrial farm animal suffering: the treatment of egg-laying hens and of broiler chickens raised for meat. CIWF USA’s Executive Director Leah Garces has built relationships with major food companies and we think she has a compelling vision for advancing broiler welfare reforms.

CIWF USA is a small organization with an annual budget of roughly $450,000. This $550,000 grant over two years will allow it to hire two new corporate engagement staff, one operations staff member, and a public engagement manager. We expect this expanded staff to enable CIWF USA to engage many more companies, while also allowing the executive director to increase the amount of time spent on her core task of securing corporate reforms.

Farm animal welfare is one of our focus areas within U.S. Policy. CIWF USA’s work focuses on reducing the suffering of egg-laying hens and broiler chickens in the United States.

In our page about a grant made to The Humane League (THL) for work on cage-free egg campaigns, we wrote in greater depth about the benefits of cage-free systems and the track record of cage-free campaigns. In short, roughly 260 million hens are currently confined in battery cages in the U.S.1 Peter Singer has called these hens “the most closely confined, overcrowded and generally miserable animals in America.”2 Lewis Bollard explained why we support corporate cage-free campaigns on our blog.

Roughly 9 billion broiler chickens are raised on farms in the U.S. each year, making these chickens the largest group of non-marine farm animals.3 To date, we believe very little work has been done to improve their welfare. CIWF USA has developed a broiler chicken welfare program that focuses on five main areas:

CIWF USA has published summaries of this research on its website.8

We are not yet convinced that these five areas are the right things to focus on in poultry welfare, but we believe they represent a reasonable starting point. We anticipate more research in this area.

CIWF USA is the U.S. affiliate of a larger global farm animal welfare organization based in the United Kingdom (CIWF UK). CIWF USA is a small organization with only three staff members:

CIWF USA seeks to improve the welfare of chickens raised for food via its Food Business program, which engages in corporate advocacy campaigns.9 We believe this program has a reasonably strong track record (more below).

CIWF USA believes, and we agree, that scaling up would allow it to become a more effective organization.10 CIWF USA’s proposed budget calls for hiring two additional corporate engagement managers, an operational support staffer, and a public engagement manager. The need for a larger staff is primarily a result of CIWF USA’s approach to corporate outreach, which is more labor-intensive than that of other farm animal welfare groups with which we are familiar.

CIWF USA is focused both on cage-free egg campaigns and broiler chicken welfare. It plans to run campaigns focusing on both producers and retailers. Campaigns with retailers will seek to persuade target companies to commit to sourcing their chicken from producers raising breeds with higher welfare traits in less cruel conditions.

CIWF USA has an annual budget of roughly $450,000, while CIWF UK has an annual budget of £6,477,213 (about $9.4 million).11 It is our understanding, based on a conversation with Leah Garces, that CIWF USA receives a majority of its current funding from the global headquarters, though it aims to eventually be self-sufficient from U.S.-based fundraising.

CIWF USA plans on using the $275,000 per year provided by this grant to hire two new corporate engagement staff, one operations staff member, and a public engagement manager.

Absent our funding, we are reasonably confident that CIWF USA would not expand significantly in the near future. CIWF USA has a history of steady but slow revenue growth and few obvious alternative funding sources. In our view, the lack of alternative funding sources is likely caused by the relative dearth of donors focused on incremental welfare reforms (as opposed to, e.g., advocacy for veganism or sustainable agriculture systems).

We see this grant as an opportunity to expand our support for organizations working to improve the living conditions of animals on U.S. factory farms beyond our early grants on cage-free corporate campaigns. CIWF USA broadly shares our approach to farm animal welfare and is in the early stages of expanding the scope of its work to include broiler chickens, which we (and as far as we know, the vast majority of animal advocates) consider an underserved population of farm animals. We are reasonably confident in CIWF USA’s track record and ability to implement its model at scale.

Scaling an organization aligned with us on farm animal welfare

CIWF USA’s $450,000 annual budget is small, and this grant will substantially increase it. We expect the increased staff size to enable CIWF USA to reach more companies through its corporate engagement program. We also expect the work done by the new operations staff member and the public engagement manager to reduce the amount of time the executive director spends on operations and public relations, allowing her to focus on corporate outreach work.

This is an opportunity to support work aimed at improving the welfare of broiler chickens. CIWF USA seems to us to be particularly well positioned to make progress on broiler chicken welfare because of its technical expertise, the relationships it has built through its UK office with multinational corporations, and the relationships Leah Garces has built in the U.S. with major chicken farming corporations.

When CIWF USA works with a company on broiler chicken welfare, its main goal is to persuade the company to adopt the Global Animal Partnership (GAP) certification standards for broiler chickens – preferably at GAP step three or above.12 We think this is a promising approach and believe that the GAP broiler standards comprehensively address the main welfare issues. (See our write-up of a grant to GAP for more.)

CIWF USA has a history of success, albeit a somewhat recent one, with its corporate cage-free campaigns. We believe that it played a major role in getting retail giant Delhaize America, owner of Food Lion and Hannaford, to pledge to go cage-free. 13 We also believe, based on a conversation with an independent animal welfare advocate, that CIWF USA played a major role in securing Trader Joe’s recent pledge to source its eggs from 100% cage-free suppliers.14 In addition, we believe that CIWF USA likely played a role in the successful campaigns to convince Panera Bread15 and Taco Bell16 to agree to cage-free pledges. We also think that CIWF USA’s campaigns influenced other companies to pledge to source their eggs from cage-free hens, though we have limited information regarding CIWF USA’s role in these campaigns and cannot confidently attribute their success to its work.

CIWF USA’s Executive Director, Leah Garces, has consistently impressed us with her strategic approach and pragmatism. Our understanding is that she has extensive and practical experience working with major food companies on key farm animal welfare issues. Her approach involves:

We generally have a very positive impression of the track record and cost-effectiveness of corporate advocacy. We believe that corporate campaigns have played a direct role in causing roughly 100 companies to make “cage-free” pledges, affecting roughly 60 million hens, in the past two years.17

If CIWF USA is able to achieve reforms that reduce the suffering of broiler chickens, it could affect a very large number of animals. For example, Tyson Foods slaughters roughly 2 billion chickens per year globally.18 Given the scale of the broiler chicken industry in the U.S., our best guess is that campaigns aimed at reducing the suffering of broiler chickens are likely to be roughly as cost-effective as cage-free egg campaigns. We have previously estimated that recent cage-free campaigns have spared approximately 120 animals one year of extreme confinement per dollar spent.

However, this analysis of the potential cost-effectiveness of broiler campaigns is speculative, and we would further caveat it by noting that we think there is a wider range of potential outcomes for broiler campaigns than for egg-free campaigns. It is plausible to us that CIWF USA’s broiler welfare campaigns could yield large returns or none at all.

There are a number of reasons we are uncertain about the impact this grant is likely to have (followed below, in some cases, by reasons we are not excessively concerned by them):

Goals and expectations for this grant

We hope this grant will enable CIWF USA to:

We’re experimenting with recording explicit numerical forecasts of events related to our decisionmaking (especially grantmaking). The idea behind this is to pull out the implicit predictions that are playing a role in our decisions, and make it possible for us to look back on how well-calibrated and accurate those are. For this grant, we are recording the following forecasts: